Ben Shapiro is leaving California. And California does not care.

Someone, apparently, forgot to tell the host of The Daily Wire, as he made a big to-do of his decision. It reeked of some kind of punishment to the Golden State, but California is feeling lighter already.

Tennessee Will Have to Put Up With Ben Shapiro Now

Have you ever had a housefly buzz around your ear? You try to knock it away, and it might shut up for a second, but it quickly returns to annoy you once again. That fly is Ben Shapiro to most Californians.

California is a historically liberal state, and Shapiro’s conservative viewpoints don’t mix. Worse, the Sunshine State is known as a fun, laid-back place.

Ben Shapiro is the epitome of stiffness.

He revealed the extent of his rigidity not long ago when he tried to scientifically break down Cardi B’s fun, hit song “WAP.” In the process, he basically labeled his wife as having a “DAP,” in 2020’s biggest self-own.

What will California do without the fun-sucking, Islamaphobic commentator who publically opposes the #MeToo movement?

It will continue to be a beautiful state. Tennessee, on the other hand, is about to have a fly problem.

Shapiro Is Not the First Person to Leave

Ben Shapiro is not the first person to leave, or threaten to leave, California because it didn’t change for him. And he’s definitely not the first contrarian with a strange, cult following to do so.

Bro-Jesus Elon Musk threatened to move Tesla’s headquarters after California wouldn’t allow his workers back on the line during the height of the pandemic.

Shapiro’s friend, and perhaps the of his kind, Joe Rogan, just moved to Texas.  Watch him ‘clown’ Shapiro on his podcast: 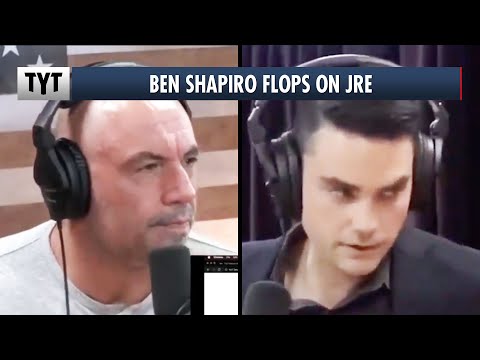 In fact, as wildfires continue to rage on, more people are leaving California than ever before.

LA could use a few more parking spots. And California could definitely use one less Ben Shapiro.