Valorant is Riot Games’ big new competitive shooter. Taking on Counter-Strike and Overwatch, it’s gathered a decent playerbase so far. But, does it have a place on consoles like the Xbox Series X and PlayStation 5?

Does Valorant Belong on PlayStation 5?

This isn’t to say Valorant is terrible. Quite the opposite. This FPS isn’t one that favors a controller. Like Counter-Strike before it, Valorant requires precise aim that only a keyboard and mouse can provide.

Hell, the executive producer of the game, Anna Donlon, said this herself in an interview with GameSpot.

She continued, noting that if they need to “compromise” the title in any way, a console release won’t happen.

There’s a reason Counter-Strike: Global Offensive and Team Fortress 2 aren’t on Xbox One and PlayStation 4, despite releasing on the previous generation. With PC as the design platform of choice, they simply didn’t feel good to play on an analog stick.

The Possibility is There

Of course, this doesn’t completely rule out a PlayStation 5 version of Valorant. Speaking to Eurogamer, principal engineer Felipe Romero shared some thoughts on a console version:

The big challenge of taking Valorant to console is being able to replicate the core game experience using a gamepad controller. Valorant is a game that requires precise aiming, responsive movement, recoil control and being able to execute abilities in a limited amount of time. Is it possible to effectively execute a clutch play in Valorant using a controller?

The thing is, an analog stick needs aim assist, movement assist, recoil tweaking, and so much more to perfect. With so many Call of Duty or Fortnite designed with a console in mind, is there room to bring Valorant over? 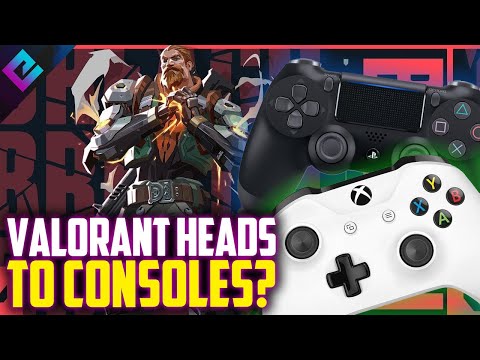 Sure, the PlayStation 4 has 110 million players right now. If a small portion moves over to PlayStation 5, Valorant could be a free-to-play title there. It would only bring the studio more money, but that’s if Riot can tweak the core experience enough.

Not only this, but Romero claims a potential 120hz version could work on console. But running at 4k 120hz isn’t easy, and we already expect next-gen consoles to struggle at higher resolutions. A shooter like this must provide the smoothest possible experience at risk of alienating its player base. That, and it probably shouldn’t play cross-platform with PC.

In short: it could work, but Valorant on the PlayStation 5 doesn’t seem ideal at all.