With Disney’s acquisition of Fox’s entertainment assets at a price of $71.3 billion, the House of Mouse has one less big Hollywood studio to compete against.

But despite the deal reducing the number of rivals and potentially increasing its market share, Disney’s stock fell by nearly 3 percent after the deal closed. Though it slightly recovered in after-hours trading, the share had fallen 2.76 percent by market close to $110.

Disney expects the deal to help it grow internationally. Among the assets that the entertainment giant acquired from 21st Century Fox that will assist in this endeavor include the Dutch-based media firm Endemol Shine Group famous for its hit reality show Big Brother. Others include India’s media conglomerate Star India and India’s satellite television provider Tata Sky.

Disney’s acquisition of Fox’s original content production businesses will also allow it to expand offerings of its planned Netflix-killer, Disney+. The chairman and CEO of Disney, Bob Iger, stated that the deal will result in ‘significant long-term value’ for the firm and shareholders:

With the deal, Disney now has ownership of movie franchises such as X-Men, Deadpool and Fantastic Four. Long-running animation comedy The Simpsons will also be joining the House of Mouse. 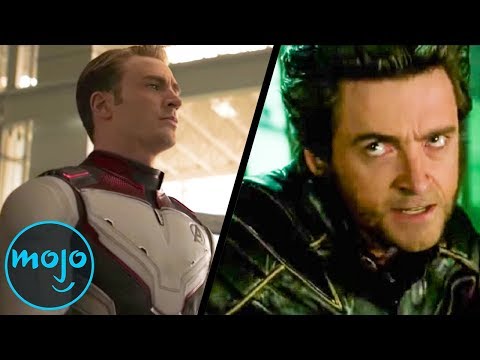 Homer Celebrates Joining the House of Mouse by Choking Mickey

As would be expected the animation comedy used its own brand of humor to mark the occasion. In a tweet published by the show’s executive producer Al Jean, Homer is seen strangling Disney’s iconic character, Mickey Mouse.

While Disney is touting the benefits of the deal, it has become a source of anxiety for Fox employees, according to Variety. The deal will reportedly result in the loss of at least 4,000 jobs. Disney estimates that operating efficiencies resulting from the deal will generate savings of over $2 billion by 2021.

21st Century Fox has now been renamed Fox Corp after shedding its entertainment businesses . On the Nasdaq Fox Corp will be trading under the FOXA and FOX tickers.

Former House Speaker Paul Ryan, Who Retired to ‘Spend More Time With Family’, is now on Fox’s Board

Fox Corp which will now have under its umbrella assets such as Fox Business, Fox News and a slate of sports channels and broadcast TV stations has appointed former Speaker of the U.S. House of Representatives, Paul Ryan as a board member. Some fans of Fox News were outraged by the appointment saying it was a stab at President Donald Trump.

Fox News, Fox Corp doesn't care about it's base or President Trump …that's for certain! https://t.co/qj2KAT27U8

Ryan has on several occasions differed with the president. Most recently Ryan seemed to suggest that in the upcoming U.S. presidential election, Trump could lose if he focuses on ‘personality’ at the expense of policy according to Politico:

The person who defines that race is going to win the race. If this is about Donald Trump and his personality, he isn’t going to win it.