Cord cutters, customers who are unsubscribing from cable TV services, continue to wave goodbye to legacy television, and the trend shows no signs of slowing down.

According to Daily Dot, 1.53 million customers joined the cord-cutting movement in the second quarter of this year. That number is up by over 264 percent from 2018. Overall, more than five million subscribers canceled paid TV service in the last five years.

The launch of Disney+ today is like rubbing salt on the wound for cable TV companies. The entertainment giant’s subscription-based video-on-demand (SVOD) service will likely be the bane of cable TV providers.

Once Subscribers Take the Leap, They Never Go Back

The launch of Disney+ is terrible news for cable TV companies.

A look at today’s trending topics on Twitter in the United States reveals that Disney+ captured the social media spotlight. Both #DisneyPlus and one of its flagship exclusives, #TheMandalorian, rank with the new Sonic the Hedgehog trailer as the most talked about topics on Twitter.

But it’s not just Twitter. Google is also awash in queries for the term “Disney Plus.” As of press time, the search term has generated over 2 million searches. “Drake” comes in at number two with just 500,000 searches.

With so much excitement behind the launch of the media conglomerate’s new streaming platform, cable TV subscribers could embark on a mass exodus as they sign up to Disney+.

One bullish Disney investor is betting on this outcome. He told CCN.com,

Simple fact that its millions of Marvel and Star Wars fans will subscribe to watch those series over and over.

Once you get someone to subscribe, you basically have them forever. No one cancels subscriptions even after the prices rise. There are people that haven’t watched Netflix in years but still pay.

Research supports the view that once customers switch to streaming, they are very unlikely to go back to cable.

A recent Roku report alleges that 81 percent of viewers who said goodbye to paid TV won’t ever return. 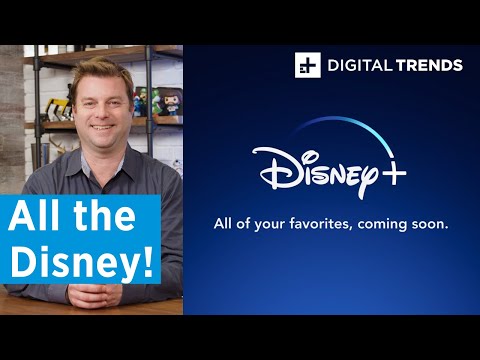 Of course you can’t make a simple direct connection between cable’s ongoing decline and the launch of Disney+, as there are so many other factors at play.

The analyst then justified why Disney+ will not help the cause of paid TV.

But it’s certainly true that the launch of Disney+ is a key moment for the industry. Disney is a central figure for premium video content rights, so its active entry into OTT video will have a wide-ranging impact on established distributor relationships in the traditional pay-TV sector, so making the environment for cable TV players just that little bit more difficult.

Cable TV might not be dead yet, but it’s hard to dispute that its days are numbered.

Kiril is a CFA Charterholder and financial professional with 6+ years of experience in financial writing, analysis, and product ownership. He has a bachelor's degree with a specialty in finance and lives in Canada. Kiril’s current focus is on finance and cryptocurrencies. He owns Bitcoin, Ethereum, and other cryptocurrencies. He holds investment positions in the coins but does not engage in short-term or day-trading. Get in touch with Kiril: Email, Follow on Twitter