My third-grade class took a trip to watch “Return of the Jedi” in theaters, and I wore out every BetaMax copy of “A New Hope” (as it would be called much later on) and “The Empire Strikes Back” that my parents got for me.

I collect memorabilia, I can recite the movies word-for-word, and still have comics from Marvel’s initial run in the 1970s.

When it comes to “Star Wars” folklore, I’m my social group’s resident expert — the Jocasta Nu of all things in a galaxy far, far away, if you will.

As a result of my devotion to the Lucasfilm creation, I tend to overlook even its worst elements. I loved the Holiday Special before it was cool to do so, I think JarJar Binks got a bum rap, and I even found value in “The Phantom Menace.”

But when it came to the “Star Wars” sequels that were released in the 2010s, it became increasingly difficult to uphold the party line that it was the greatest story ever told. The storylines were increasingly all over the place.

I slowly had to come to terms with the fact that Disney had no clue what to do with “Star Wars” once it got its hands on it. And, in case I had any doubt, Daisy Ridley’s recent interview disabused me of any notions to the contrary once and for all.

‘Star Wars’ Could Have Done So Much More Than It Did

When the “Star Wars” prequels were announced, fan theories abounded as to who this mysterious “Rey” was, and what her connection was to the Skywalker Saga.

I was one of the journalists who believed that Rey, played by Daisy Ridley, could either be a Kenobi or a Palpatine — though certainly, the possibility of her being a descendant of Ezra Bridger from “Star Wars: Rebels” was also a valid one.

But when Ridley sat down with her friend Josh Gad for an episode of “Jimmy Kimmel Live,” which you can see below, she confirmed that The Powers That Be had no clue with what to do with her character. 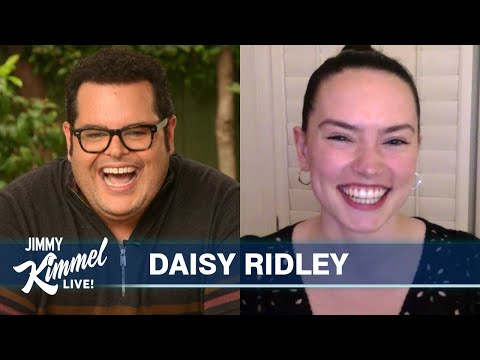 Ridley confirms, The Powers That Be was going back and forth with Rey’s heritage — it was a toss-up between Obi-Wan Kenobi and Emperor Palpatine — until “The Rise of Skywalker” started filming. Considering that there’s a whole storyline dedicated to Emperor Palpatine’s Force clones in the “Legends,” Disney had no excuse in bungling what could have been an epic storyline.

It didn’t take long for “Rey Kenobi” to start trending, as many “Star Wars” fans noted that if Rey was written as a Kenobi, the so-called “Skywalker Saga” could have truly come full-circle.

Are the “Star Wars” sequels bad? On their own, no. Certainly, there have been worse things committed to celluloid than “The Force Awakens,” “The Last Jedi” (which also doesn’t deserve anywhere near the hate that fans tend to lob at it), and “The Rise of Skywalker.” And as a fan of the series, I appreciate any artistic effort made to bring the galaxy far, far away a little closer to home.

But when taken as a collective, and added to part of the greater “Star Wars” lore, yes, unfortunately, they’re pretty terrible. And with such a monolith as Disney behind it, there’s no excuse for it.