By CCN.com: Following the release of the Mueller report and the upheaval surrounding Attorney General William Barr’s posturing in its immediate aftermath, Capitol Hill is set to witness yet another unforced error by the DNC. House Democrats have set up a vote for Wednesday, May 8 in an attempt to hold Barr in Contempt of Congress. 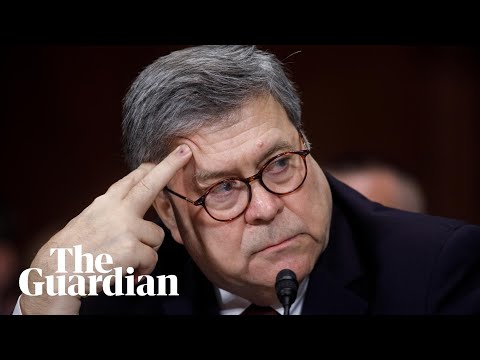 What Would William Barr Resolution Accomplish?

It is no secret that the purpose of the entire kerfuffle is to needle Donald Trump, which would be a sound political strategy if it could actually do that. In reality, none of this is of any consequence whatsoever – not to Trump, his presidency, or the GOP. Whether Trump’s increasingly irritated tone when talking about the matter is genuine or not, it is nothing more than another rabbit hole for Democrats to waste their energy on while losing the wider strategic battle.

For one thing, if Wednesday’s proposed contempt vote for AG Barr is successful, that would not weaken Donald Trump in any way, neither would it cost the Attorney General his job. All that would happen is that the resolution would then move to the House floor for a rowdy, divisive, energy-sapping vote on potential legal proceedings, which could drag on for years and achieve the grand sum of nothing. Trump, meanwhile, is already in campaign mode, with the GOP unified for better or for worse around his presidency.

By way of contrast, the impeachment process for Bill Clinton in the House of Representatives took slightly more than one month between November 1998 and December 1998. Unlike with the Democrats, there was no unnecessary grandstanding or bluster with a defined and achievable goal at stake – just a quick and definite political action and a visible result. The Democrats have managed to waste two-and-a-half years since 2016 waiting for Robert Mueller to stick a nonexistent knife into Trump’s back. Following the end of that particular dream, it seems there is no plan B, there never was a plan B, and there is no plan for a plan B – just more of the same.

I am pleased to announce that I will be nominating The Honorable William P. Barr for the position of Attorney General of the United States. As the former AG for George H.W. Bush….

Tell The Democrats Nobody Cares

This is the same party that somehow managed to squander the goodwill heralded by the Obama presidency and lose the 2016 election to a candidate who did not expect to win. Clearly, the DNC’s commitment to chasing an unprecedented string of political L’s has not waned in the slightest. At this rate, we could end up with a 2020 election result that would see Trump actually increase his share of the vote in addition to winning the election.

Barely six months after the widely anticipated ‘Blue Wave’ failed to materialize as hoped, it should be crystal clear to the Democrats that they face a much tougher fight on their hands than they give Trump credit for. At this point, it should be clear that 2016 was not some sort of electoral blip but was actually a sign of the growing appeal of populism. Instead of responding with superior politics, their answer to Donald Trump has been a Congresswoman proposing a tax on cow farts and a Senator promising to pay reparations for slavery.

Ultimately, as Trump has proven time and again, the only place to defeat him is at the polls. Regardless of how much circumstantial evidence might suggest he is linked to one scandal or the other, he is not going to resign. He is also not going to be impeached because the evidence to support that simply does not exist. Focusing attention on AG William Barr can only waste the Democrats’ time and waste America’s time. To coin a Trumpism, it is yet another nothing burger.