By CCN.com: A surprise statement and resignation from special counsel Robert Mueller did little to help the wobbling stock market on Wednesday. The Dow briefly fell beneath 25,000 before rallying to back to 25,126, down 221 points for the day. Meanwhile, the Nasdaq closed down 0.79%. Mueller made it clear he did not exonerate the President but had no valid court to try him in. This appeared to be another trigger for stock declines alongside the bond yield sell-off, 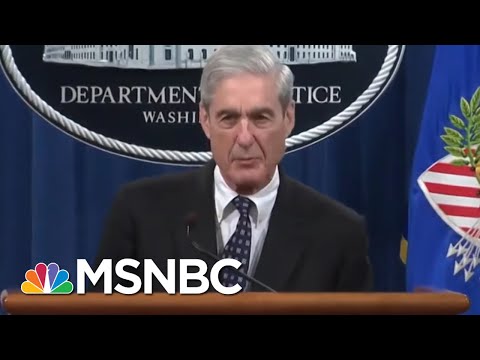 What Robert Mueller basically did was return an impeachment referral. Now it is up to Congress to hold this president accountable.

We need to start impeachment proceedings. It's our constitutional obligation.

There is splintering in the party as Speaker Nancy Pelosi believes it is precisely the wrong approach. Trump appears to almost relish the prospect of supercharging his voter base. Stock markets are concerned with Mueller because anything that hurts Trump’s chances of reelection would likely increase the probability of a more left-wing government. More regulation and higher taxes would be a real threat to the free-money buyback-pumped Dow, S&P 500, and Nasdaq.

So if impeachment proceedings are possible, what does this mean for stocks? If we review history, we can see that Richard Nixon’s Watergate scandal caused a 14% loss over one month in the S&P 500. Stocks were in a massive slide during this period, so perhaps this is not the best example. The only link here is if you take Mueller’s resignation as a similar protest to Attorney General Richard’s Watergate resignation.

Bill Clinton would be a much better case, mainly as Trump is unlikely to be removed from office and presides over a strong economy. While stocks slumped in the run-up to Clinton’s eventual impeachment, they soon rallied after seeing no real risks to the economy.

The betting odds for Trump’s reelection are still holding steady despite this morning’s events. Despite the trader war shenanigans, the U.S. president is still on balance seen as a market-friendly president. Joe Biden is likely the stock market’s preferred Dem candidate, and it is relevant that Bernie Sanders’ odds have been drifting lately.

For those using psychological levels in their trading, it is worth noting the Dow’s dip beneath 25,000. It will be interesting to see if this new weekly breakout follows through to the downside.

Dow started sliding at 11:10am ET, right as Mueller presser ended. No idea if the two are related, but timing is certainly…interesting. pic.twitter.com/Pm0oAXCawf

Global growth concerns are the main focus of most investors, with China potentially banning Apple products currently a big worry. An alternate perspective is emerging that Trump’s tariffs might create sizeable damage to the domestic economy after all. The confirmation of this development would likely be the stock market rising in response to increasing impeachment odds or falling reelection odds for Trump.