Dark horse presidential candidate Andrew Yang has raced past early frontrunner Elizabeth Warren in the Democratic primary race, at least according to the futures markets.

In an unsurprising twist, the truth regarding Warren’s lack of popularity is coming to light as the 44-year-old entrepreneur has also swelled past her according to the latest Google trends. The case is similar with what we witnessed in 2016, when a candidate (Hillary Clinton) with years of government experience could be beaten out by Donald Trump, a businessman who had never set foot in America’s political arena. As we’re all witnessing, that wasn’t a bad thing.

Elizabeth Warren Cannot Relate to Us

If 2016 has taught us anything, it’s that political experience doesn’t really matter. If the people don’t like you or don’t trust you, you’re probably not going to win.

Warren is no exception to this rule. Since the beginning, Warren’s joke of a campaign has been based on mediocre attempts to “relate” to her public. Her silly commercials showing her opening and drinking beer and talking directly to the camera feel like half-hearted ploys to connect to average Americans: 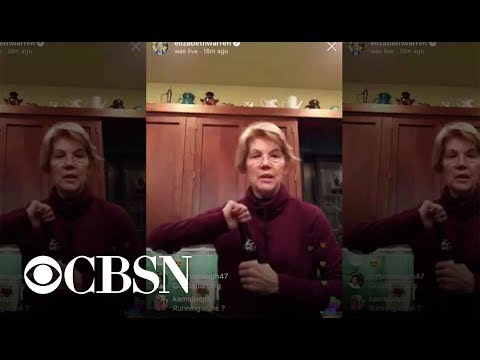 In truth, tactics like these are foolish and outdated. Instead, Warren appears to be talking down to us. Acting like we’re so dumb that we’ll somehow believe she’s just like us because she chugs down the occasional brewski.

Not true. In fact, other politicians have tried this tactic to no avail. Look at Alexandria Ocasio-Cortez. The New York Representatives often livestreams from her current residence in D.C. These streams will feature her own narratives to the camera while she engages in everyday household activities like making chili with her boyfriend: 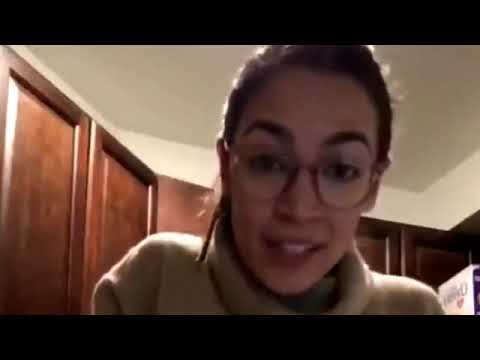 The problem is that this video, and others like it, features a prominent background of her home, an expensive luxury high-rise apartment. Her residence features fine kitchen appliances that probably come easy for someone pulling in an over $100,000 annual salary.

And for all her attempts to connect with voters, Ocasio-Cortez’s true attitude of elitism appeared in a recent tweet in which she responded to criticism of her now defunct Green New Deal. Ocasio-Cortez is quick to remind her critics that she and her fellow congressional associates are “in charge.” It’s hard to believe this person is for the people and not just drooling over the thought of more power.

Yup. If you don’t like the #GreenNewDeal, then come up with your own ambitious, on-scale proposal to address the global climate crisis.

Until then, we’re in charge – and you’re just shouting from the cheap seats. https://t.co/h3KSJhHqDN

Andrew Yang offers his own brand and spirit that have become more popular in recent years. Much like our current president Donald Trump, Yang is an entrepreneur with an alleged knowledge and sense of business. This background likely incites thoughts of economic recovery in his voters’ minds. Yang is not running as a Republican, but potentially stirs a populistic aura similar with Donald Trump’s.

Democrats could be pushing Yang in that they realize Trump has hit home with most voters, and that Yang can similarly engage them by presenting a comparable image. The only question remaining is whether Yang, as a Democrat, can boast the same toughness and tenacity that Trump exhibits. Or will he instead cave to outside influence and fight against the wall and everything else designed to keep Americans safe? Could Yang potentially be just a “light” version of George Soros?

So far, his plans seem rather unseemly. One proposal involves $12,000 a year for “lazy freeloaders.” In other words, if you don’t want to work, you’ll still garner $1,000 a month. In this sense, Yang is nothing like Trump and terrible for the country. A nation of non-workers can only lead to economic instability and an early death for America’s infrastructure.

This isn’t that different from AOC, whose Green New Deal would have offered base salaries to residents “unwilling to work.” It’s a case of spending money while getting none back. At the end of the day, Yang only looks different, but he’s still pushing the same stupid ideals.