By CCN.com: Elon Musk is well-known for making tall claims to drive Tesla stock higher. From promising full self-driving cars in just over a year to deploying millions of robotaxis, Musk has been in overdrive mode to save his company’s stock price from crashing after a horrifying quarterly report.

But his latest claim takes the cake.

Tesla is looking to raise up to $2.7 billion in capital through a series of stock offerings, with Elon Musk himself committing to purchase shares valued at up to $25 million.

According to CNBC, Musk assured investors that Tesla’s market cap could surge to $500 billion in the coming years, thanks to advancements in self-driving technology. He did not provide a timeframe for his prediction.

.@ElonMusk may buy more $TSLA shares. @LoupVentures' Gene Munster breaks down what this means for the stock: pic.twitter.com/TDSKgMhkVc

That’s nearly 12 times Tesla’s current market cap. Tesla stock currently trades at around $250, so Musk’s claim suggests the stock could rise to almost $3,000. The company currently has 173 million shares outstanding, which means that each share would be worth just under $2,900 when TSLA hit a $500 billion valuation.

(Sure, the new share issuance would cut into that figure a bit, but it would be massive nonetheless.)

Elon Musk made another delusional claim over the conference call with analysts. He believes that the value of existing Tesla cars will increase to $250,000 within the next three years thanks to self-driving capabilities that the company plans to add via software updates. 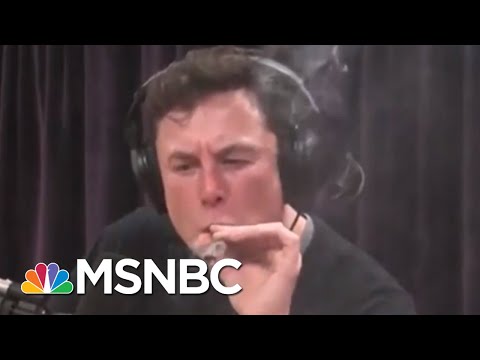 But this isn’t the only way Musk claims he’s going to make owners of Tesla vehicles rich. He plans to kill Uber and Lyft by deploying a million “robo-taxis” on the road by next year. Owners will be able to rent out their self-driving Tesla vehicles using an app, earning more than $30,000 annually as each robo-taxi will be capable of driving 100 hours a week on its own.

Apparently, Tesla cars aren’t just a luxury purchase; they’re an investment opportunity because their value will definitely go up once Musk and company decide to add more self-driving features. In fact, Tesla cars will never degenerate in value because the visionary Musk might add more advanced features such as flying, sailing, or maybe even space flight!

If that happens, Elon Musk’s dream of Tesla hitting a $500 billion valuation could come true, as his will obviously be the only automotive company in the world. Ford and Toyota will bite the dust because Tesla’s self-driving chip is proprietary and Musk will not allow it to fall into enemy hands.

But you need to look at just one image to snap out of Musk’s hypnotic world.

Elon Musk is a visionary beset with habitual delusions of grandeur. Remember, this is an auto executive who was supposed to take a cross-country trip in a fully self-driving Tesla back in 2017. That didn’t happen.

Revenue fell way short of expectations thanks to weak delivery numbers, affirming the company’s habit of over-promising and under-delivering. Cash reserves languish at three-year lows after a $920 million debt repayment that was the largest on record. The introduction of the Model Y hasn’t done much to increase customer deposits.

Another $566 million in convertible bonds is due in November, and the company still faces serious logistical challenges. Otherwise, Tesla might miss the lofty delivery targets it has set for this year.

As a result, the company is being forced to raise capital, an idea its CEO shrugged off as recently as a year ago. So it isn’t really hard to understand that Musk is not a man of his words.

Tesla’s losses risk ballooning even further in the coming quarters, so Elon Musk needs to focus on steadying the ship rather than daydreaming of a $500 billion valuation that’s nothing more than a castle in the air.

← PreviousWarren Buffett Buys the Slump on Dubai’s Plummeting Property Market
Next →SpaceX Fesses Up: Mysterious ‘Anomaly’ Was Capsule Being Blown to Bits

Markets contributor for CCN since 2019 from India. Written for other reputed publications such as The Motley Fool, TheStreet, and Seeking Alpha, and regularly featured on Yahoo! Finance. You can Follow Me on Twitter | Email me | Connect on LinkedIn | Muckrack