Just days after Amazon admitted in a letter that it did not erase transcripts of its users’ conversations, Google gets involved in a similar controversy. In the face of a recent leak involving over a thousand private recordings, the Mountain View, Calif. behemoth published a letter defending its policy to let employees listen to users’ private conversations. Basically, those who want a better assistant must let Google use their private data.

Another Day, Another Massive Leak of Private Data

A recent data leak revealed by the Belgian portal VRT alerted the community. The news site obtained 1,000 recordings from a Google subcontractor, which explained that Google handles, stores, and transcribes its users’ information in a way that is similar to that of Amazon:

“VRT NWS has been able to listen to more than 1,000 clips that were recorded by Google via smart speakers and the smartphone app. Among other things, those fragments included the addresses of…people.”

Visited a friend the other day who was doing his shopping list on an Alexa. So I asked, "Alexa, are you spying on us?"

Google Home’s privacy policy page explains that the task of listening to and transcribing the conversations of its users is not outsourced, although they do not deny the possibility of this happening, either. However, it was precisely a subcontractor who sent more than 1,000 private audios to the local press. 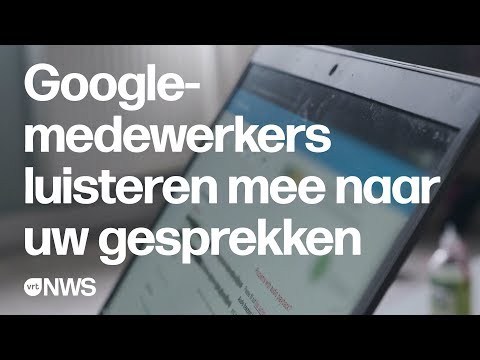 After this news spread, Google published an article justifying why its employees store and listen to users’ conversations. Without apologizing for the poor handling of private data, Google explained that it will not cease in this practice but will take action to make sure that such misconducts ( the subcontractor’s, not Google’s) won’t happen again.

“We just learned that one of these language reviewers has violated our data security policies by leaking confidential Dutch audio data. Our Security and Privacy Response teams have been activated on this issue, are investigating, and we will take action. We are conducting a full review of our safeguards in this space to prevent misconduct like this from happening again.”

Google explained that it is necessary to have a team of workers listening to its users’ private recordings to improve the quality of its speech-recognition algorithm.

“This is a critical part of the process of building speech technology, and is necessary to creating products like the Google Assistant,” Product Manager David Monsees said.

Monsees claims that “language experts only review around 0.2 percent of all audio snippets.” But with more than 100 million devices with Google Assistant by 2017 and more than 2 billion active Android users, that 0.2% is an immense amount of data.

And although users can delete most of their conversations stored on their devices for at least three months, the fact that these large corporations become another “Big Brother” is pretty scary for many.