Right on time and as promised, Hideo Kojima unleashed the launch trailer for Death Stranding minutes ago on stage at the PlayStation booth at Paris Games Week.

The Most Cohesive Trailer To Date

Running at just under 8 minutes, it is hands down the most cohesive, yet confounding snapshot of Death Stranding we’ve seen to date. Kojima handcrafted and edited himself, as he has reminded us on multiple occasions, and it shows. 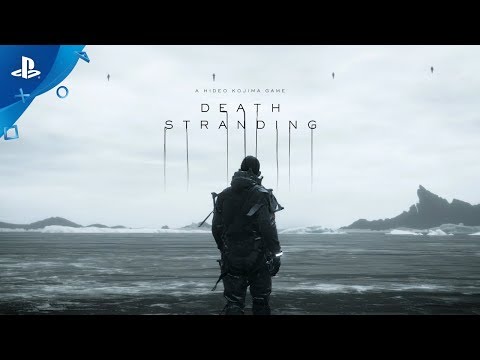 There’s a lot packed into the teaser, and we’d venture that it includes quite a few spoilers. Those who want to jump in blind should avoid it at all cost.

Thrown into the stylized cinematic shots, are select snippets of game play. We also get a broad overview of the rich world Death Stranding promises to offer players.

While we’ve known that Death Stranding taps into the esoteric, the trailer takes this to new heights. It appears to introduce elements as yet unknown about the game. There’s a sense of depth we’ve yet to witness in association with Death Stranding and the trailer gives further credence to claims that the game will be an entirely new experience.

Chiefly, the cocooned BBs may not be what they appear. Trans-dimensional planes, strange telekinetic teleportation, extinction entities, still mothers, everyone has a bit of a cry, and we learn that one of the BBs is called Lou. It all gets spectacularly weird.

Kojima has put together one of the most hype-inducing trailers of recent times, it must be said. It will do well to convert those still on the fence.

Luckily, the Nov. 8 launch date edges ever closer, and from Friday, when the embargo lifts, Death Stranding reviews will start coming in. At which point, we should get a better understanding of what the game truly entails.