Dave Portnoy is at it again. A super-racist clip of the Barstool Sports founder has surfaced online, and it features the full spectrum of gross behavior.

Racism, sexism, homophobia, Islamophobia, and the n-word are all dropped in the video.

And while Portnoy claims he’s “uncancellable,” he couldn’t be more wrong.

Dave Portnoy Is an Awful Human

And, as is par for the course, his awful behavior was on full display.

The n-word is dropped more times than in Jay-Z’s “The Blueprint.” Colin Kaepernick gets compared to Osama Bin Laden. And Portnoy and his Barstool Bros brag about “full blackface.”

What a prize of a man.

But the videos didn’t really get traction until Jemele Hill tweeted them out.

When Portnoy subsequently called out Hill for calling him out, the Barstool Bros got #CancelJemele trending.

You Most Certainly Can Be Canceled, Sir

While Dave Portnoy claims he’s “uncancellable,” the truth proves the exact opposite. 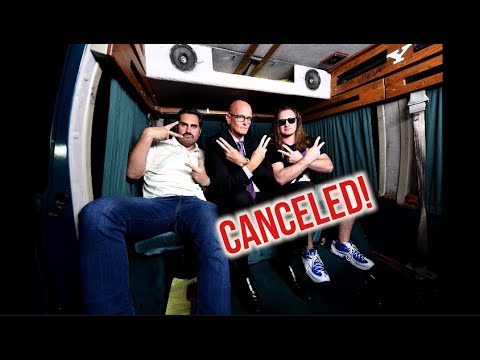 His 2017 ESPN show, “Barstool Van Talk,” lasted only one episode. He was canceled after an ESPN anchor called him out for his sexist attacks against her.

And that was long before “cancel culture” was even a thing.

After cancel culture became a thing, Portnoy had it a lot worse. Based on the responses to the videos, Barstool Sports’ day in the sun is over. People don’t find their brand of “Beavis & Butt-Head” style “comedy” funny anymore.

Dave Portnoy isn’t even a majority stakeholder in Barstool Sports anymore. So if there’s a shred of truth to the claim that he’s “uncancellable,”  it’s only because there’s just not much left to cancel.