New York Giants fans haven’t seen the last of Eli Manning under center after all.

The 16-year veteran is poised to start against the Philadelphia Eagles on Monday, as starter Daniel Jones deals with a high ankle sprain that’s left him in a walking boot.

While Manning’s first action since Week 2 will have only marginal bearing on the playoff race, it could nevertheless go a long way toward informing his NFL future. More important for New York, though, is the opportunity to send Manning out with a team-wide performance and fan reception befitting his status as a future Hall-of-Famer.

An Audition to Extend His Career

Manning has long been mum on his potential timeline toward retirement. Even after Jones was named New York’s full-time starter following the team’s loss to the Buffalo Bills on Sept. 14, he avoided speaking openly on the longevity of his career one way or the other.

No one but Manning knows whether he’ll continue playing beyond the regular season. Should he elect to stave off retirement for at least one more year, though, starting on Monday Night Football against a divisional rival could serve as the successful audition prompting that decision.

One problem: Manning’s 10-20 career record versus the Eagles is his worst of any opponent, and he’s lost the last five games he’s played against Philadelphia dating back to December 2016. While it would be an incredible story for Manning to lead the Giants to victory, making the 5-7 Eagles’ path to the playoffs almost impossibly difficult, recent and past history suggests the more likely outcome is yet another loss. 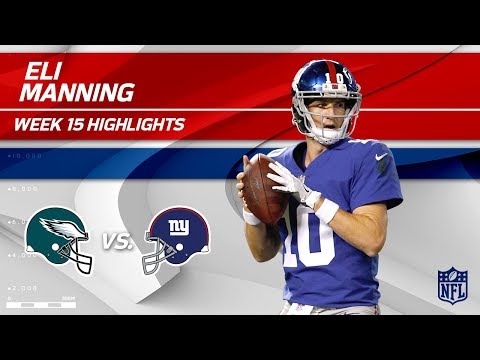 But if Manning can summon the playmaking magic that’s been a hallmark of his career, even in defeat, he’ll have made an effective case for veteran teams in need of help at quarterback as the off-season looms.

In April, Manning chafed at the suggestion he might engage in a farewell tour leading toward retirement. He said per 247 Sports:

I think I’ll go the traditional route. I know that’s kind of a thing. I thought that was just a baseball thing. I know some basketball players have done it. I don’t see going out that way.

He could have another chance to go back on those plans next season, but Monday’s game is likely to serve as a coronation of his career regardless. Absent high-leverage stakes of most December national TV broadcasts, ESPN is bound to devote a sizable portion of its coverage to the player who’s been among the NFL’s biggest lightning rods for the better part of two decades.

Manning’s teammates certainly seem excited at the prospect of playing with him for what’s likely to be the final time. Sterling Shepard said it’s “pretty cool” to have the opportunity to catch passes from Manning again, and Evan Ingram noted the additional respect he gained for the 39-year-old following his demotion.

Football won’t be the main topic of Monday night’s game, supplanted by a focus on Manning’s present, past, and future place in the NFL at large.

A Much-Needed Break for Jones

Still, re-inserting Manning as a starter is less about him for the Giants than it is about Jones. The rookie sprained his ankle during Sunday’s loss to the Green Bay Packers, playing through the injury only to later realize its true extent. 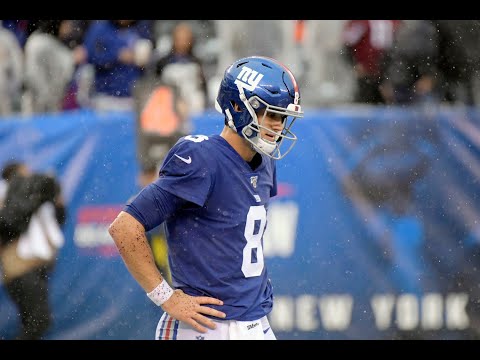 Fortunately, Jones doesn’t seem too concerned about any potential long-term effects of his ankle sprain, while coach Pat Shurmur compared it to the injury that sidelined Saquon Barkley for just one game last month.

In all likelihood, Jones’ absence will be a blip on the radar before he retakes the reins in Week 15. A bonus? He’ll no longer have to worry about Manning receiving a proper farewell.