The U.S. stock market is rising and U.S. President Donald Trump is doubling down to refute his own advisor who claimed the ‘phase one’ deal with China is over.

The Trump administration is preparing for a re-election campaign ahead of the November Presidential election.

But, the protests and the fear of a second wave of the pandemic have set the Trump campaign back in recent weeks.

For President Trump, the stock market remains as his biggest bet going into the re-election campaign.

The Nasdaq Composite is at an all-time high, led by top tech stocks such as Apple, Microsoft, and Amazon.

The Dow Jones Industrial Average (DJIA) is steadily climbing above 26,000 points. The Dow is around 11.5% short of seeing a new record high.

The Trump administration has all the incentives to maintain the momentum of the stock market.

That is likely the reason President Trump scrambled to refute the claims Peter Navarro made on Fox News. 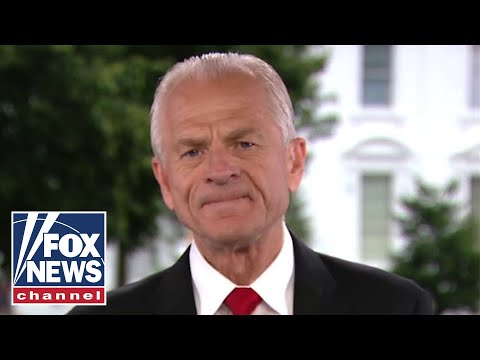 Navarro, the Trump administration’s Director of Trade and Manufacturing Policy, said “it’s over,” when talking about the phase one deal.

UBS Called It in Early June

As CCN.com previously reported, UBS said it does not view worsening U.S.-China relations as a threat against the stock market.

UBS Global Wealth Management’s CIO Kelvin Kay said on June 10 that he expects the U.S. to “more bark than bite.”

“Therefore, any further significant action that the U.S. might have to take will largely be symbolic rather than on the tariff front. If that’s the case, it should not be a big impediment for Asian equities to outperform.”

The confidence of investors in the U.S. stock market will likely increase if President Trump continues to ease geopolitical risks.

Already, China agreed to stick to the phase one deal and purchase more American products at the Hawaii diplomatic meeting.

We remain optimistic as much as we can. History doesn’t necessarily support that, but eventually, I think they’re going to understand that there’s got to be a give and take in any relationship. It can’t be all take.

As the stock market strides to previous highs seen in the first quarter of 2020, clarity on trade may reignite newfound demand for equities.