Professional Counter-Strike: Global Offensive (CS:GO) player and Twitch streamer s1mple criticized the site on his first day back, igniting rumors that he might not plan to stick around much longer.

CS:GO Streamer Lashes Out in Return to Twitch

S1mple had been banned from Twitch for using a homophobic slur, the second time the platform had punished him for that offense.

The streamer was not contrite in his first appearance after Twitch lifted the ban. A translation by Dexerto reveals that in Russian, s1mple said that Twitch is “out of their minds” for banning him.

“Are they idiots? Have I ever said that I don’t like any particular people?” S1mple said, adding, “What, I can’t say on my stream words that I want?” 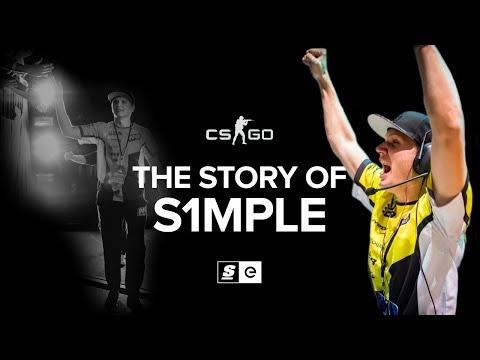 Will S1mple Join the Great Flight to Mixer?

S1mple has spoken strongly against Twitch before, saying that the site needs to learn the context of the slur. The CS:GO player’s argument is that if Twitch knew that he was joking and not actually denigrating anyone, it wouldn’t ban him.

The streamer’s anger at Twitch has prompted many of his fans to ask if he is going to leave the site. In response to his latest tweet, one fan asked what’s on everyone’s mind: Is he going to abandon Twitch for Mixer?

It’s unclear if s1mple does plan to join Ninja and other streamers who have moved to Mixer, but it’s certainly clear that there’s no love lost between him and Twitch.