By CCN.com: The FBI Records Vault recently unsealed documents from a blockbuster 1976 “Bigfoot” investigation. But the disclosure may raise some hairy questions. The Bureau tweeted a link to the big revelation – and the apparently previously-secret documents – with one cryptic word: “Bigfoot.”

The documents reveal a request by The Bigfoot Information Center and Exhibition for any FBI records of rumored previous Bigfoot investigations by the Bureau.

The letter also requested an FBI laboratory examination of a hair sample attached to a small piece of skin that the BICE had been unable to identify.

The Center and Exhibition stressed that it wasn’t monkeying around:

“Please understand that our research here is serious. That this is a serious question that needs answering…”

The FBI agreed to analyze the mysterious hair and skin sample, “in the interest of research and scientific inquiry.” The documents (reproduced in full below) go on to reveal the FBI lab’s conclusions.

Did This Hair Sample Come From a Sasquatch?

The FBI Laboratory returned its results to the sender with the sample enclosed. They say they examined it using “transmitted and incident light microscopy.”

“The examination included a study of morphological characteristics such as root structure, medullary structure and cuticle thickness in addition to scale casts. Also, the hairs were compared directly with hairs of known origin under a comparison microscope. It was concluded as a result of these examinations that the hairs are of deer family origin.”

So the examination merely compared the physical characteristics of the possible Bigfoot hairs to other known animal samples. Furthermore, if Bigfoot exists, it has been living and evolving in the same environment as the deer of the American Northwest. It’s certainly possible it would evolve similar morphological traits.

Unfortunately, the more accurate technology for DNA profiling would not be available for such examinations until the 1980s. It wasn’t until the end of the 1990s that advances in computer processing power would make DNA profiling efficient and cost-effective. 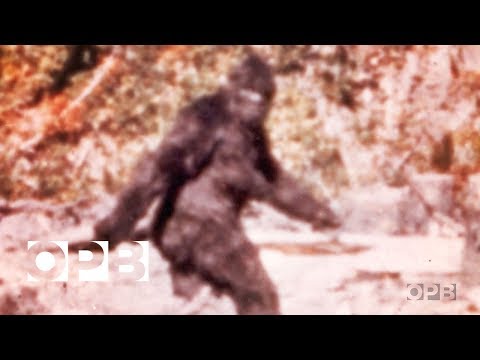 He shows the footage to his anatomy classes every year:

“Alright, I want you to point out as many landmarks of surface anatomy and muscle masses that you can identify…

I mean just go on and on from top to bottom. You can pick out all these features, none of which ever show up in a cheap, off-the-shelf costume.”

The truth is out there.

FBI Bigfoot Files by on Scribd