Major gaming brand Corsair has few Black employees and has ‘never’ seen the lack of diversity as a problem, a source told CCN.

A closer look at the employee diversity of US-based PC and gaming hardware giant Corsair paints a troubling picture.

Examination of Corsair employee LinkedIn profiles appears to show just three Black employees out of 760 employees in total. The data backs the claims of a former upper-management Corsair employee who spoke to CCN under anonymity.

This means that Black employees make up just 0.3% of the workforce at Corsair. It’s a staggering disparity for a company with a broad consumer demographic and one that has partnered with Black and brown gaming influencers.

Video: Corsair is a popular PC gaming brand – but it isn’t without controversy 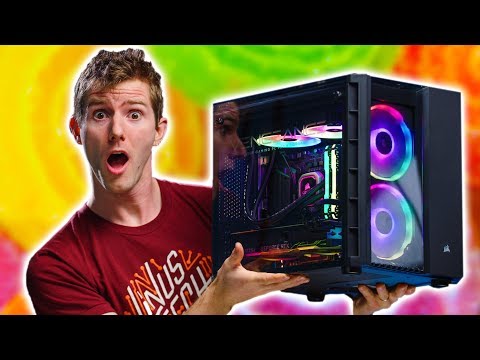 A look at the employee listings on LinkedIn for Corsair and these three other brands revealed that there are also few Black employees at these companies. The data has compiled by looking at the LinkedIn profiles of all professionals who list Corsair or its brands as their current place of employment.

1.2% of Employees At Corsair Are Black

The total workforce Corsair and all of its brands are just 1.2% Black. Corsair, which is headquartered in Fremont, CA. and has a production center in Taiwan, predominantly has white and Asian employees.

A Statista report from 2015 revealed that 12% of gamers in the United States, ostensibly one of Corsair’s biggest markets, are Black. At best, Corsair’s workforce is dramatically unrepresentative of the audience it serves.

Corsair partners with many streamers, paying them or giving them free products to promote its brands during streams. The company was accused of denying partnership to Black streamers in favor of other, less popular non-Black creators, and of boldly lying to a Black streamer about the existence of the company’s partnership program.

Corsair was also criticized for being slow to voice its support for the Black Lives Matter movement and the global protests against racial injustice and police brutality. While the company did eventually release a statement and confirmed plans to donate to “worthy causes surrounding this issue,” it came days after other gaming companies such as Rockstar Games had done the same.

Diversity Was ‘Never’ a Problem to Corsair’ Management

Speaking to CCN under the condition of anonymity, a former Corsair employee in upper management revealed:

“It was never a problem in their eyes that [the company was] not diverse,” adding diversity is “not something that they are aware of or care about.”

The source puts this down to two things: that the “owners really just care about pleasing their private equity company” and that CEO Andrew Paul “often hires friends of his or people he knows.”

These comments are corroborated by reviews on Glassdoor, where the company has a rating of 2 out of 5 stars. Of 79 reviews from current and former Glassdoor employees, only 35% say that they would recommend Corsair to a friend; middling data from a company founded more than two decades ago, in 1994.

Writing in February 2019, one former employee wrote that “the top leader & CEO has kept their friends in higher positions” and alleged that racism is “very strongly evident”.

Another review from a current employee, published in July 2019, said that “the amount of favoritism here is frustrating.” Several other reviews published between early 2019 and May 2020 also talk about managers exhibiting favoritism.

After Corsair’s public statement about Black Lives Matter, many expressed concern that the company was just performing lip service. Changing a company’s culture takes time but it’s clear that Black Twitch streamers are right to be skeptical.