Corporate Earnings Recession Could Plunge the Dow in 2020

The Dow and broader U.S. stock market are on track for new highs this week, but the rally could be in jeopardy as corporate earnings slide into a “full blown recession,” according to investor Richard Bernstein.

Although Bernstein isn’t sounding the alarm on equities just yet, he expects volatility to be a lot higher heading into next year. As we know, volatility and stocks are inversely related about 75% of the time.

S&P 500 Companies are in an Earnings Recession 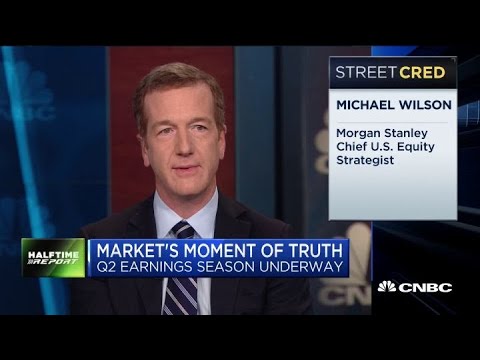 American corporations are currently mired in their longest earnings recession since 2016. For the most recent quarter, S&P 500 companies saw their blended earnings decline 2.3% from a year earlier, according to FactSet, a financial research firm. Earnings have now declined in each of the last three quarters.

Although some companies cited the U.S.-China trade was as the biggest headwind, the impact of tariffs is perceived to be less than it was previously. Roughly a quarter of all earnings calls in the third quarter included the word “tariff.” This figure was 29% during the second quarter.

In an interview with CNBC last week, Richard Bernstein said stock-market bulls are overlooking the fact that “earnings in the United States are still decelerating.” A continuation of this trend will eventually impact valuations despite the apparent rigging of earnings expectations that is running rampant on Wall Street.

Bernstein, who had a long stint as Merrill Lynch’s chief investment strategist before launching his own firm, said:

By our work, we would argue that the first half of 2020 you could actually see a full-blown profits recession.

In conjunction with that view, Bernstein has lowered his portfolio’s equity exposure to 50% from 75% previously.

Declining earnings will not only impact valuations for U.S. companies, they’ll create more volatile trading conditions for the major indexes. The CBOE Volatility Index, commonly known as the VIX, is Wall Street’s most closely-watched barometer of fear and anxiety. While the VIX continues to trade well below the historic average, it’s well off the lows from 2017 when stocks were rallying on the so-called Trump reflation trade.

Expect a Modest Pullback in the S&P 500: Technical Strategist

While not nearly as cautious as Bernstein, MKM Partners’ chief market technician JC O’Hara says the S&P 500 is due for a correction in the near term.

Also appearing on CNBC, O’Hara called the U.S. stock market “a little overbought in the short term.” That’s because the S&P 500 traded above its 10-day moving average for 30 days, which is one of the longest streaks ever recorded.

Every time this happens, markets experience a minor pullback followed by consolidation. “In most cases,” O’Hara says, the market resumes its uptrend.

Nevertheless, there’s a growing chorus of analysts warning of an overvalued stock market. Jason Hunter of JP Morgan says the bank is bullish on the S&P 500 going into early 2020, but that investors’ panic buying of the market is contributing to “overbought momentum.”

Even the International Monetary Fund (IMF) says global equity markets are priced too high relative to “fair value.” The organization blamed the record valuation on an environment of ultra-low interest rates and ensuing search for yield.

Investors are betting that monetary policy will adjust quickly to worsening financial conditions, as evidenced by the Federal Reserve’s suddenly months-long repo operations. Unfortunately, the Fed’s actions suggest something major is going on behind the scenes. The extent of the liquidity crunch isn’t yet known, but there’s probably at least one major bank that’s on the ropes. 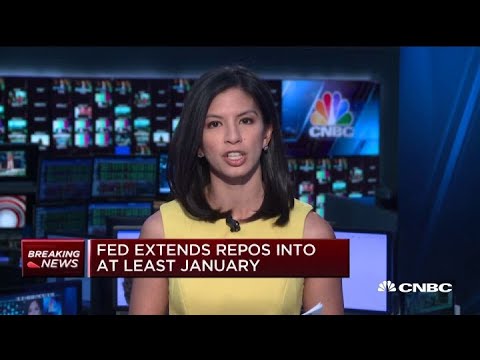 Investors should also be careful in how they view the return of ultra-low interest rates. An economy in good health doesn’t need multiple rate cuts, especially when those rates were already low, to stimulate growth.

Although the U.S. central bank seems content with where rates are now, that could soon change if the economy whimpers into 2020 as expected. If the Atlanta Federal Reserve Bank is correct, the U.S. economy is heading for its worst quarter under President Trump.