By CCN.com: Have you ever lost your vehicle in a parking lot, and had to annoy people by clicking the lock button repeatedly until you find it? This reporter certainly has. A nondescript car is easy to lose in a sea of other nondescript vehicles. Tesla has a solution for this common problem called “advanced summon,” and Elon Musk plans to put it to the test this weekend.

If you’re within 150 feet of your Tesla, it will drive over to you. This range will probably increase as autonomous vehicles become more common. Here’s a video of someone trying the feature: 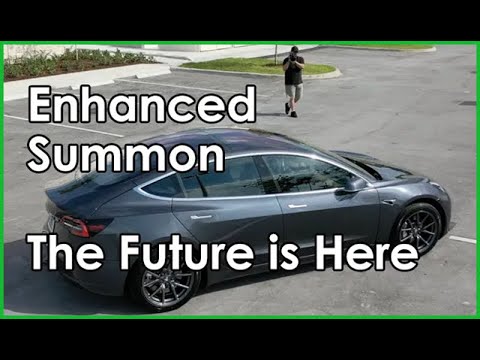 Judging by the comments of that video’s creator, advanced summon could have some bugs yet to work out. The YouTuber notes that it doesn’t take into account things like traffic or parking spots. However, he did test it in an empty parking lot.

Here’s a video of someone testing it in a more lifelike setting: 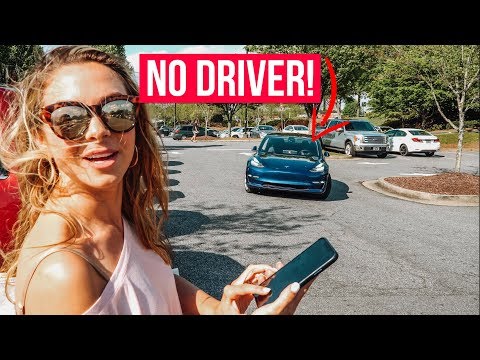 Using an app, this woman tells her Tesla where to go. We’re officially living in the future. Herbie, Knightrider’s Kitt, and the Batmobile all in one.

Elon Musk Will Try Out Advanced Summon This Weekend

Elon Musk hasn’t tried advanced summon yet. He says he’s going to do it this weekend.

The age of vehicles with personalities is upon us: autonomous cars are going to change everything.

That said, Tesla has yet to release a true economy-class vehicle yet. Their mass production is far behind traditional car makers.

The company has also suffered continuing problems as a result of Elon Musk’s interactions via social media. These complications have led some investors to distrust Musk and short TSLA.

As a company, Tesla is far from a failure, but if they did go belly-up, they’ve got a real treasure of technology and innovation that would do well on the auction block. Toyota, Ford, GM, and the rest would most likely salivate at the prospect of acquiring Tesla.

A Tesla car is far more than an automobile. It’s an advanced piece of technology that can perform myriad tricks, including drive itself (within reason), integrate with your other artificial intelligence like Siri, and more.

Teslas are known for requiring little maintenance, which is a big reason many people consider buying them.

The company recently announced that many of its brick-and-mortar dealerships would be going away, but the customer experience of purchasing a Tesla will remain the same. No one purchases a new Tesla directly through a dealership, though some orders are fulfilled by the location. It is one of the few companies to bring the Amazon shopping experience to car-buying.

Removing the combustion engine is the holy grail of automobiles, especially in an era where certain influential politicians are calling for drastic measures to improve the natural environment. While some investors feel the company’s future is uncertain, to date, they have essentially defined the electric car market and work in a space with few legitimate competitors.

P. H. Madore
P. H. Madore has written for CCN since 2014. Please send breaking news tips or requests for an investigation to bitillionaire+phm@gmail.com. He lives in Maine, USA. A single father of four young children, he does not discourage financial donations, provided they do not come with strings attached.
Subscribe
0 Comments
Inline Feedbacks
View all comments
← PreviousWhat Trade War? Tom Lee Says the S&P 500 Could Return 23% This Year
Next →3 High-Flying Cannabis Stocks with Potential Gains Yet to Be Unleashed