Hillary Clinton’s feeling the Bern. But not the same way Bernie Sanders’ supporters are. It appears Clinton holds a burning grudge against her past rival for the Democratic presidential nomination.

In an upcoming Hulu documentary, she goes off on Sanders:

Nobody likes him. Nobody wants to work with him; he got nothing done. He was a career politician. It’s all just baloney and I feel so bad that people got sucked into it. 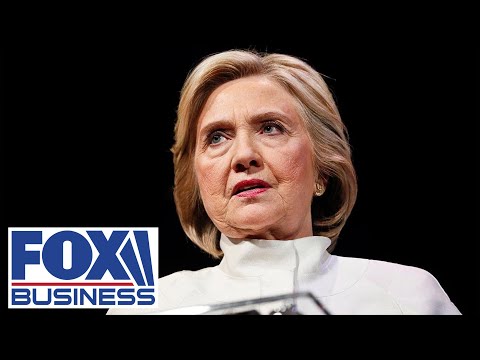 Then in a Hollywood Reporter interview published Tuesday, the gloves came off again. This time Clinton bashed “his online Bernie Bros” as toxic and sexist.

It’s his online Bernie Bros and their relentless attacks on lots of his competitors, particularly the women. And I really hope people are paying attention to that because it should be worrisome that he has permitted this culture — not only permitted, [he] seems to really be very much supporting it.

“Bernie Bros” sounds great in a soundbite and fits in a headline. It makes for a compelling narrative too. It paints Bernie Sanders supporters as loud, immature frat boys you wouldn’t trust around your public policy or your daughter.

But it’s just not true.

Last year, a study by the Economist found:

women under 45 make up a larger share of Bernie Sanders’ base than do men in their same age group, contradicting a popular narrative that says the 2020 Democratic candidate’s supporters are overwhelmingly white and male, to the virtual exclusion of other groups.

A Vox analysis of multiple polls over a five-month period found Bernie Sanders is more popular among people of color than among white people. And that there are at least as many, “if not more,” Sanders sisters as there are Bernie bros.

Hillary Clinton has some nerve calling out Bernie’s supporters for spreading bigotry online. It was her own rabid supporters in 2008 who circulated the “birther” theory. They insisted Barack Obama wasn’t even born in the United States.

When Trump pointed that out in 2016, the media was quick to absolve Hillary Clinton herself. But journalists were ready to acknowledge that Clinton’s online supporters spread birther rumors:

Some hardcore Clinton backers circulated the rumors in 2008, but the campaign itself steered clear.

And Hillary Clinton’s senior campaign strategist, Mark Penn, did make an appalling suggestion in a 2007 memo. He recommended emphasizing Obama’s childhood spent in Hawaii and Indonesia to highlight his “lack of American roots.”

The Anatomy of a Smear

Bernie Sanders denies telling Elizabeth Warren in 2018 that a woman could not be President.

CNN Moderator: “Senator Warren, what did you think when Senator Sanders told you a woman could not win the election?”
pic.twitter.com/npYjIwfqJb

With her Hollywood Reporter remarks, Clinton is piling onto a recent controversy. Earlier this month, sources said Bernie Sanders told Elizabeth Warren that a woman could not become president in the United States.

He allegedly made the remarks in a private conversation in December 2018. Sanders has denied it. And in the days to follow, numerous videos disproving the notion that Bernie thinks any such thing came to light.

That includes one of Bernie enthusiastically endorsing Hillary Clinton herself. Bernie said she “will make an outstanding president.”

Sanders not only endorsed Hillary Clinton, he campaigned for her in over 40 states. pic.twitter.com/KBjgxHUPJM

As Sanders campaign national co-chair Nina Turner pointed out on MSNBC, Tulsi Gabbard says Sanders never told her anything of the sort in a private meeting.

No one should even consider the possibility that @BernieSanders would ever say a woman couldn't be elected president. Check the record. C'mon somebody! @ninaturner 🔥 #DemDebate #WomenForBernie pic.twitter.com/ycutLBiatg

And in a C-SPAN interview way back in 1988, Sanders said a woman could be president.

If Bernie Sanders really had said anything like that, it would be the end of his candidacy. If his supporters really were trashing women online, he wouldn’t have attracted so many women to his movement.

But it doesn’t sound anything like the Bernie we know from decades in the public spotlight. And the “Bernie Bros” line of attack is grasping at straws too.

Clinton’s inevitable Bernie endorsement is going to be gloriously awkward.