In a recent New York Times interview, the actor and comedian said that, in a way, it was Nancy Pelosi’s fault that Trump bungled the United States’ coronavirus response.

While Rock certainly has a point, it’s not in the ways — or for the reasons — you think.

Chris Rock Made The Comments While Promoting “Fargo”

In a New York Times interview that seemed to cover a wide range of topics, Chris Rock compared Donald Trump to a five-year-old and blamed the adults in the room — namely, Nancy Pelosi and the Democrats — for placating him rather than fighting against him.

Because you knew that the emperor was five-years-old. And when the emperor’s five-years-old, they only lead in theory. There’s usually an adult who’s like, ‘OK, this is what we’re really going to do.’ And it was totally up to Pelosi and the Democrats. Their thing was, ‘We’re going to get him impeached,’ which was never going to happen. You let the pandemic come in. Yes, we can blame Trump, but he’s really the five-year-old.

This isn’t the first time that Chris Rock has criticized Trump. Check out the video below, in which he explains that Trump can actually result in America having the “next Obama.” 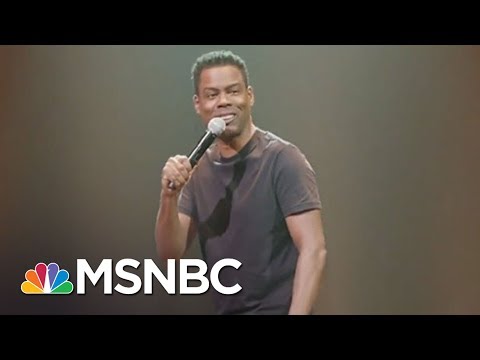 Rock Has A Point

The nuances of the American government are a lot more subtle than Chris Rock seems to think. Nancy Pelosi, for example, can’t storm the White House and force Donald Trump to bow to her will, as Rock seems to suggest. But he does have a point.

Rock isn’t a fan of Trump, and he makes that clear. And he’s not suggesting that Trump should get another term, or that the entire bungled COVID-19 response is the Democrats’ fault.

However, there was a clear failure of communication and cooperation from all sides, and by all parties, that allowed COVID-19 to get out of control in the United States. And even if Trump loses — which is looking more and more likely by the day — Pelosi and the Democrats need to become far more proactive in passing and enacting their proposed policies, or they too will find themselves out of a job.

In this regard, Chris Rock has it down pat.