On Monday, Chris Cuomo had an existential breakthrough and spoke truth to power. On Tuesday, he took it all back. It sounds like politics as usual, or maybe just new symptoms of COVID-19.

If Chris Cuomo is any indicator, we might have to add “emotional volatility” to the list of COVID-19 symptoms.  Yesterday, the CNN anchor, who’s been battling the disease, lashed out at his job in an inspiring, emotionally honest rant.

I don’t like what I do professionally. I don’t think it’s worth my time.

Today, he’s changed his tune completely. According to the Hollywood Reporter, Cuomo said:

It’s not true. I never said it. I never meant it.

What is going on with Chris Cuomo?

Chris Cuomo Has a Meltdown, Or Was It an Awakening?

Major life events can make you question everything. It seems as though Chris Cuomo’s battle with COVID-19 is one of those events.

The TV personality had a full existential breakdown, reminiscent of the movie “Network.” 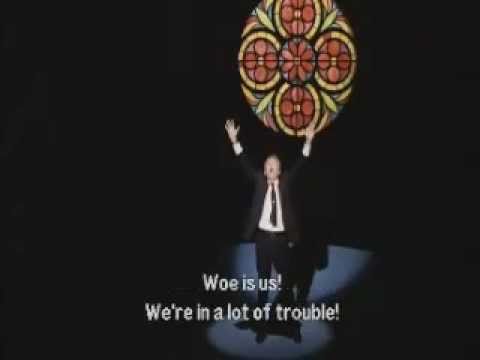 I don’t want to spend my time doing things that I don’t think are valuable enough to me personally. I don’t value indulging irrationality, hyper-partisanship.

I want to be able to tell you to go to hell, to shut your mouth … I don’t get that doing what I do for a living.

He said that his job involves “trafficking in things that I think are ridiculous.”

Chris Cuomo detailed the fraudulent nature of politics and the news:

Talking to Republicans about them parroting things they feel they have to say.

And then he made his call for freedom:

I’m basically being perceived as successful in a system that I don’t value. I’m seen as being good at being on TV and advocating for different positions … but I don’t know if I value those things, certainly not as much as I value being able to live my life on my own terms.

Chris Cuomo Immediately Takes Back Everything

In a stunning turn of events, Chris Cuomo immediately flip-flopped his sentiments from last night. According to the Hollywood Reporter, Cuomo said, “I never said it. I never meant it.”

Well, you did say it, Chris. It’s recorded.

Wow! What happened, Chris? You sounded like a man who awoke from a dream, and now it seems like you immediately went back to sleep.

To be fair, Cuomo attempted to tow both sides of the line:

I love where I am. I love what I do. That doesn’t mean it isn’t frustrating. I don’t think it’s ever mattered more than it has during that administration.

Did CNN offer Cuomo a bunch of money last night? Maybe they threatened his family? Did his brother Andrew Cuomo give him a stern talking-to?

Cuomo continued, referring to his gracious comments about his job:

Nobody will pick up what I’m saying right now because it doesn’t fuel anything negative or provocative, so they won’t pick it up.

They won’t pick it up because it sounds less authentic. In his rant last night, it sounded like Cuomo was speaking from the heart. He was speaking from anger and frustration–something all of us ordinary people deal with.

With his revised comments today, Cuomo just sounds like another politician, and that’s exactly why people will tune it out.