Asian stocks tumbled on Tuesday, as the flight from risk assets continued in the wake of devastating weekend attacks on Saudi Arabia’s oil industry.

Latest U.S. intelligence has been persistent in claiming that Iran was responsible for the attack. As The Wall Street Journal reports, Washington and its allies are already considering retaliation. 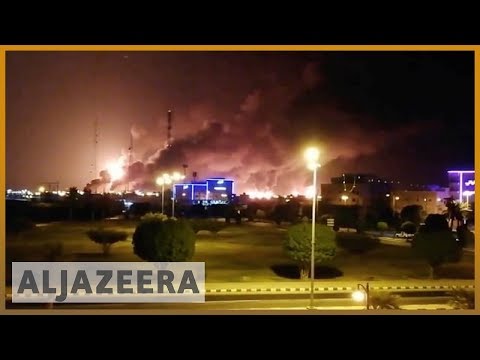 The U.S. intelligence community believes Iran is responsible for weekend drone attacks that devastated Saudi Arabia’s oil fields, resulting in the loss of 5.7 million barrels per day of crude output. According to The Wall Street Journal, Washington and its allies are weighing retaliation.

Iran has denied any involvement in the attacks, which were claimed almost immediately by Yemen’s Houthi rebels at war with Saudi Arabia since 2015. The Saudis dismissed the Houthis’ claims on grounds that the weapons used were Iranian made.

On Sunday, President Trump tweeted that his military was “locked and loaded” to respond once the attackers were verified.

Saudi Arabia oil supply was attacked. There is reason to believe that we know the culprit, are locked and loaded depending on verification, but are waiting to hear from the Kingdom as to who they believe was the cause of this attack, and under what terms we would proceed!

The assessment behind naming Iran responsible hasn’t been shared publicly. It’s also not entirely clear whether U.S. intelligence agencies believe Tehran carried out the attack directly or through one of its proxies.

The U.S. futures market was surprisingly calm in overnight trading. Dow, S&P 500 and Nasdaq futures were little changed at the time of writing.