A burgeoning spy scandal threatens to be an 11th-hour stumbling block to the U.S.-China trade deal, and it could take the wind out of the stock market’s sails as it continues to mount a recovery from its 2018 lows.

Premier Li Keqiang denied allegations that the Chinese government instructs its companies to engage in corporate spying abroad. The denial comes a day after the Chinese legislature passed a resolution designed to inhibit Chinese officials from compelling foreign companies to turn over intellectual property. The practice has been a barrier in trade talks between the U.S. and China.

The news of Li’s statement seemed to encourage the U.S. stock market on Friday as the Dow Jones Industrial Average was up over 138 points.

Is this False Optimism based on the past between China and Trump?

Given the long history of trade issues with the Chinese, is the optimism shown by the Dow and its peers on Friday a little premature? Even if a deal is negotiated between the Trump administration and China, there is longstanding mistrust of China by the U.S., and more specifically the current administration.

Chinese trade practices were also on the radar of incoming president Donald Trump, who in August of 2017 asked Lighthizer to investigate the country’s intellectual property policies.

I spoke with @USTradeRep Robert Lighthizer today about the WTO’s ruling against China’s trade violations. He agrees that the WTO needs reform to make trade deals operate as intended. The WTO should function consistently & I hope that the USTR will continue to address this issue. pic.twitter.com/fcTXXa1VeT

The move was writing on the wall for the impending trade war that started in earnest in January of 2018 and continued throughout last year. Since it began, the United States has placed $253 billion in tariffs against Chinese goods. The Chinese in retaliation put in place their own tariffs against the U.S. totaling over $130 billion. The two countries agreed at a post-G20 summit meeting in December to stop the imposition of any new tariffs, which opened the door for talks.

A Matter of Trust

Even in the past year, it has been demonstrated that opening the door to increased trade with China comes with incredible risk. At the height of the 2018 trade war, allegations surfaced by United States intelligence sources that China was using the social network LinkedIn to recruit U.S. citizens as spies. 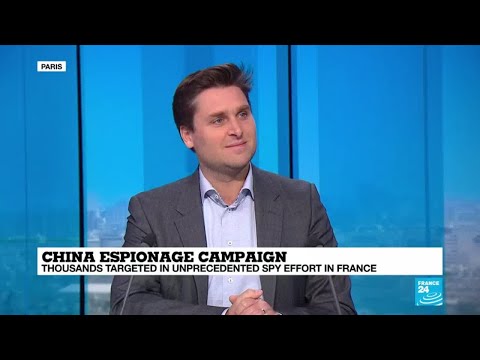 In August 2018, William Evanina, Director of the National Counterintelligence and Security Center told Reuters that China was using fake LinkedIn accounts to recruit citizens in government and corporate positions with access to classified commercial and government information.

“I recently saw that Twitter is canceling, I don’t know, millions of fake accounts, and our request would be maybe LinkedIn could go ahead and be part of that.”

The Long History of Chinese Espionage

There have been 28 individuals accused of working with China intelligence services with the intent of spying on the United States.

The first trial on economic espionage was the United States of America v. Dongfan “Greg” Chung in July 2009. Chung was a Chinese-born engineer who stole sensitive information about the United States space shuttle program that he intended to give to China. Chung was sentenced to 15 years in prison for his acts. 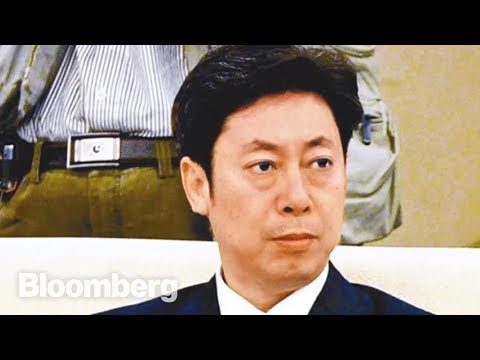 Over this span, he was an employee at the CIA, and with the United States Consulate in Shanghai and Hong Kong. Chin was found guilty on charges of conspiracy to commit espionage, passing classified information to a foreign government, and failure to report income earned in a foreign bank account.

The remainder of the 28 cases were predominantly in the defense or aerospace sector. Though, as evidenced by the Larry Chin case above, there were cases where sensitive intelligence or diplomatic data was at play.

Non-Traditional Espionage, Is it Just Business?

In the testimony, he outlined two areas of the non-traditional threat: economic espionage, and espionage against U.S. colleges and universities. 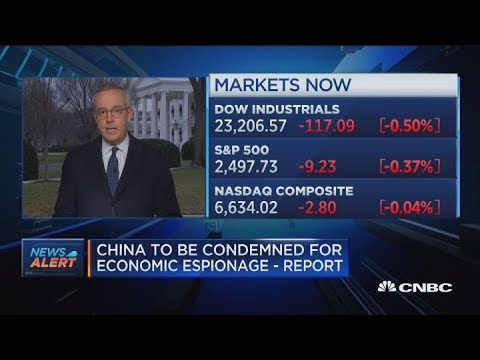 One area in Mr. Harrell’s testimony was quite striking.

“China is pursuing a whole-of-society approach to its technological capabilities that includes purchasing innovative companies through overseas investments, requiring western companies to transfer cutting edge technologies to China as a condition of market access, providing vast state resources to finance domestic technological development, and financing training for top Chinese students and researchers overseas and paying a hefty premium to attract talent back to China.”

Mr. Harrell followed this lengthy statement with a nod to espionage. He noted:

“Outright theft of U.S. and western intellectual property (IP) is a key piece of China’s strategy, but it is only a piece.”

The Threat is Real

The perfect example of this is with respect to freedom of the press. According to the Council on Foreign Relations:

“China’s constitution affords its citizens freedom of speech and press, but the opacity of Chinese media regulations allows authorities to crack down on news stories by claiming that they expose state secrets and endanger the country.”

Before the United States opens its doors wider to trade with China, we should consider that speech and actions are closely related.

The markets have had mixed emotions about the possibility of a trade deal, and they are not getting any help from the Trump administration.

Robert Lighthizer was non-committal in Senate testimony this week, offering:

“I don’t know when something is going to happen [with China.] We are either going to have a good result or we are going to have a bad result before too long. I’m not setting a specific timeframe. It’s not up to me.”

Wall Street is banking on a resolution to the trade dispute and the possibility of lessening the effects of tariffs and the trade deficit. In an interview with the “Freakonomics” podcast, Gary Cohn, former Goldman Sachs executive and White House economic stated: “Trump needs a win.”

It sounds as Wall Street is hopeful because it needs to be. We’ll see if the Trump administration can balance the risks and get the win.