China’s ChiNext Index plunged by 3.3% on a single day, kickstarting a downtrend in China’s stock market. Top fund managers expect Chinese stocks to cool down after an explosive two weeks.

The ChiNext Index is a Nasdaq-like index of stocks on the Shenzhen Stock Exchange. The index is primarily composed of fast-growing high-tech companies.

From July 7 to 13, the stock market of China saw a steep uptrend due to two main factors.

First, the Chinese state media led to enthusiasm towards the stock market in early July. It described the trend of local equities as a “healthy bull market.”

Mark Williams, the chief Asia economist at Capital Economics, told CNBC that China had used a similar strategy before. He emphasized that in 2015, the state media released similar statements about the stock market.

There’s quite a long history of policy makers using the media to drive up the market. It doesn’t always end very well. We saw that back in 2015, exactly the same statements then.

Second, China’s economy has beaten the expectations of economists everywhere.

As the Chinese yuan strengthened to levels unseen since March and exports grew, the sentiment around the economy rose.

The central bank and local financial authorities are possibly concerned about stocks overheating to unsustainable levels.

The recent wave of stake reductions by big funds is a signal that China wants the market to cool down a bit. [Policy makers want] to see a slow bull market that matches the pace of the economic recovery. 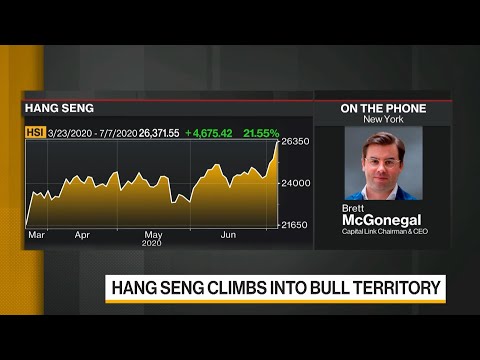 State Funds Are Leading the Downtrend

The local report followed the move of two government-operated funds to sell-off stocks on July 10.

Caixin reported that local regulators asked mutual funds to restrict new products, in an attempt to calm the stock market.

The recent initiatives of the Chinese government indicate that it foresaw an equities bubble forming, and is placing preventive measures.

China is seemingly preparing for long-term financial and economic stability over short-term relief. For investors, that might mean slow and gradual recovery in the stock market in 2020.

But, some strategists said in May that China tends to introduce stimulus incrementally.

The incremental amount [of fiscal stimulus] is small. Traditionally, China’s stimulus is not released at one go, but step by step. A bigger stimulus will only be seen when numbers are bad enough.

Due to the unpredictability of the pandemic and its potential economic consequences, China is swaying towards a cautious