In the past five days, the SSE Composite, which tracks all stocks that are traded at the Shanghai Stock Exchange, spiked by 7.14 percent, in a short-term move that could fuel the Dow Jones throughout February.

China Stock Market Surges – Why the U.S. Will Follow

Local analysts in China have attributed the surge of the SSE Composite to the positive prospect of a comprehensive trade deal between the U.S. and China.

The Dow Jones has also initiated an immense recovery in the past 30 days from 24,528 points to 26,091 points by 6.37 percent as the confidence of investors on the trade talks grew significantly in recent weeks.

The decision of the U.S. President Donald Trump to extend the deadline of tariffs from March 1 by potentially 60 days has further stimulated the optimism of investors in both the U.S. and Chinese markets.

China’s Recovery Could Reflect on the Dow Jones

Earlier this month, Bill Lee, the chief economist at Milken Institute, stated that the Chinese government is desperate to land a deal with the U.S. due to its struggling domestic market.

Previously, in a traditional economic slowdown, China leveraged its housing market and credit to revive domestic demand. However, the government is no longer willing to utilize such methods to limit the country’s rising leverage, pushing China to secure a trade deal with the U.S.

“Right now, you see how reluctant they are to do so because they have already gone on a campaign of reassuring the world we are having a policy in place that put a lid on the rising leverage. That is the big constraint the Chinese are facing now and that’s why I think they are so desperately looking to make a deal with Trump,” Lee explained.

If a deal is made with China, our great American Farmers will be treated better than they have ever been treated before!

According to a recent report from the American Chamber of Commerce in South China, the trade war significantly impacted around half of the businesses in the region, contributing to an increase in defaults and bankruptcies.

Following the extension on tariffs and the progress made by both sides, companies affected by the trade dispute have begun to demonstrate a change in sentiment for the first time since July 2018.

“Our company was among the surveyed firms that put a hold on investment in the mainland market last year. But our confidence has been fully restored, especially seeing the positive signal that Trump will delay extra tariffs due to substantial progress in talks with Beijing.”

Currently, as Atlanta Federal Reserve official Raphael Bostic explained, companies are feeling the pressure of the tariffs and they have drastically affected profits of companies dealing with China for well over six months.

The extended suspension on tariffs and the agreement of both China and the U.S. on the necessity of a full trade deal, not a partial accord, have lifted tremendous pressure off of the U.S. stock market.

In the near-term, several analysts expect the strength being showed by the Chinese market to reflect on the Dow Jones, prolonging the Dow’s impressive rally since the 24,000 point-level.

Dow Jones Not in All-Clear – But Close

Most fundamental indicators including record-high jobs growth and household balance sheets point toward a sustainable movement in the Dow Jones.

But, many conglomerates in key sectors such as Home Depot and Caterpillar have revised their earnings to the downside, leading the Dow Jones to demonstrate a minor drop on Tuesday. 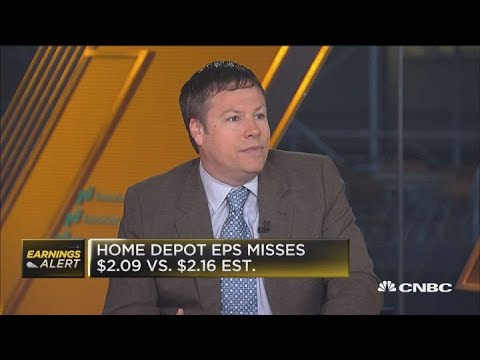 The fourth quarter earnings of most major corporations in manufacturing and finance fell short of the expectations of analysts.

In the near-term, a U.S.-China trade deal could still act as a key catalyst to the long-term growth of the U.S. market, allowing the Dow Jones to rebound from the unexpected shortcomings of large-scale companies.