It has not been a particularly positive month for England strikers. In late December, Tottenham’s Harry Kane suffered a hamstring injury that could keep him out until next season. Manchester United’s Marcus Rashford recently joined his international colleague on the sidelines. And now Chelsea’s Tammy Abraham faces an anxious wait to discover the severity of his ankle knock.

The Chelsea frontman sustained the injury after crashing into the advertising hoardings at Stamford Bridge on Tuesday. That was just one part of a frustrating evening for the Blues. They could only draw 2-2 with an Arsenal team that played the majority of the match with 10 men.

Rival teams have eaten into Chelsea’s lead in the race for fourth. Frank Lampard can ill-afford to be without his star striker for a sustained period. If Abraham is indeed ruled out for several weeks, Chelsea must sign a replacement in the transfer market, before the January 31st deadline.

Chelsea finally turn to the youth

Abraham has been the standout player so far. He has scored 13 of Chelsea’s 41 goals in the Premier League. That represents around a third of the Blues’ output. It is an even higher percentage when you take out Jorginho’s three penalties and the one netted by William. A lengthy absence for Abraham could be fatal to Chelsea’s top-four chances.

Lampard does not seem to trust Olivier Giroud or Michy Batshuayi. The former was once an effective Premier League performer. But he is patently past his best at 33 years of age. He lacks mobility and cannot press from the front.

Batshuayi is younger at 26, but he has struggled to make the most of his cameo appearances this term. He has scored only one league goal in 2019/20. The Belgian has missed some presentable chances along the way. The jury remains out on whether he is good enough for Chelsea.

That leaves Lampard with a dilemma. The Blues boss placed his faith in Abraham at the start of the season. Signing an alternative to replace him while he is injured – and then compete with him when he is fit – could damage Abraham’s confidence.

Top-four race will go down to the wire

Lampard will not want to disrupt Abraham’s progress. But he must do what is best for Chelsea. If scans reveal that the 22-year-old will miss more than a handful of the club’s remaining games, Lampard should take action.

Recent reports have linked Edinson Cavani with Stamford Bridge. That would be an astute acquisition. Cavani would bring vast experience and know-how to Chelsea’s young squad. He would aid Abraham’s development. And most importantly, he would provide top-class cover for the England international if his ankle injury proves to be serious. 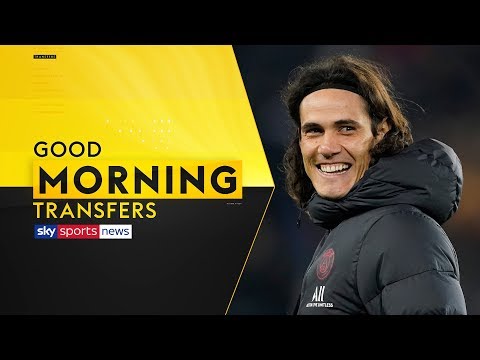 The race for fourth place looks set to go down to the wire. Qualifying for the Champions League would be a major boost for Chelsea in Lampard’s first season in charge. If Abraham is ruled out for a while, the Blues must sign a replacement.