Chase Rice has no regrets about his controversial concert. And that tells us everything we need to know about where his priorities lie.

According to TMZ, the show kicked off Rice’s tour, which mostly plans to stop at drive-in facilities. Unfortunately, the country star’s gig showed absolutely no attempt at enforcing even the most basic social distancing protocols once fans were inside.

In an Instagram story shared by Rice, hundreds of unmasked fans stood shoulder-to-shoulder in a general admission area while singing his hit “Eyes on You.” 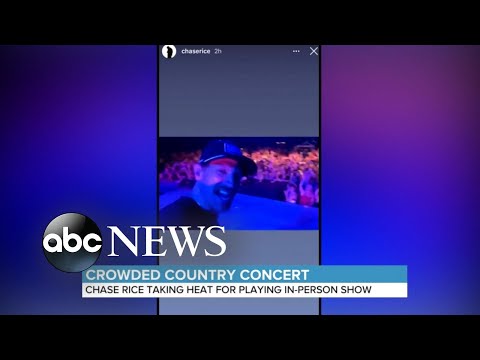 What Was Chase Rice Thinking?

It’s no secret that live entertainment is one of the hardest-hit industries during the pandemic. In April, it was projected to lose nearly $9 billion by the end of the year if quarantine restrictions weren’t eased.

But in recent weeks, things have started opening back up, raising a moral dilemma: How can artists safely make money without playing to an audience of plants like Barcelona’s opera house?

To Chase Rice’s minimal credit, the event followed some government guidelines before it started. The venue was limited to a maximum of 4,000 attendees, but less than 1,000 people actually showed up.

There was an outdoor lawn area for fans to socially distance. Concert-goers were given temperature checks before entering. And there was hand sanitizer plenty.

But just because you can have an event, it doesn’t mean you should. Rice was still the one who gave this event his stamp of approval.

Concerts can be super spreading events

The problem with concerts like Chase Rice’s is that they’re a perfect storm for a super spreading event. Especially when you have – as Rice’s video showed – screaming fans singing at the top of their lungs.

Researchers have warned that singing is exactly the type of activity that increases the spread of the virus. And Rice stands out as a lone artist skirting social responsibility while the rest of his industry suffers.

Imagine being selfish enough to put thousands of people’s health at risk, not to mention the potential ripple effect, and play a NORMAL country concert right now … We just care about our fans and their families enough to wait.

Now imagine being that selfish while stockpiling an estimated $5 million net worth. 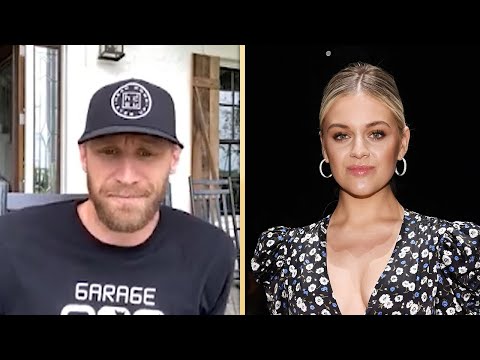 Artists with minimal record sales are the hardest-hit

Just brushing through Billboard shows that top artists make millions more from touring revenue than they do music sales, but those in the upper echelons like Chase Rice aren’t even the hardest hit.

There’s a whole working class of mid-level musicians and crew members who don’t get paid from music sales – whether it’s because they haven’t recouped their often impossible-to-recoup record deals or they’re paid solely for the gig.

With albums on the Billboard Hot 100 chart, Rice is making more revenue than the majority of his peers.

Live Nation doesn’t expect full-scale concerts to return until 2021, and even then, the company wants artists to take pay cuts in the event of poor ticket sales. Again, this is unlikely to affect Rice, who has a solid track record of attendance.

Chase Rice Has No Regrets

On Monday night, Chase Rice commented on the controversy. He refused to apologize – or accept responsibility for his fans’ behavior.

That shouldn’t surprise anyone. In early March, he played his stance off as choosing to not “live scared, especially of something that I can’t really control,” but it goes beyond that.

Encouraging fans to gather, without setting an example of physical distancing, isn’t fearless or noble.

Rather, it proves that you care more about money than the people who make your career possible in the first place.

Most Commented Past 24 Hours

← PreviousMeghan Markle Will Do Anything for the Limelight – and This Proves It
Next →Why Is Kate Middleton Whining About Having to Follow the Rules?

Mariel Loveland is a freelance culture and travel journalist from New Jersey. Her work has been featured in publications like Insider, Billboard and Metro UK. You can reach her at marielxhearts@gmail.com. Find me on LinkedIn or check out my work on Muck Rack.

Britney Spears’ Chaotic Instagram Is All of Us Right Now