Update: The FBI is investigating the hacker. Also, the leaker revealed that he bought the stolen pictures with bitcoins.

A wave of nude celebrity photos began to seep out Sunday evening and Monday morning. Rumors are swirling that the unidentified hacker exchanged the photos for Bitcoin donations over 4chan. The pictures were allegedly picked up through hacks and released in a major leak. The photos include Jennifer Lawrence, Kirsten Dunst, and Kate Upton. Many more top off the long list of leaked pictures in what some are calling “Celebgate”.

Yes, Bitcoin was somehow involved. But the real details are getting lost in an unclear chain of events. Some claim that the original hacker posted the photos on 4chan for free. He received 0.2545 BTC in donations after the fact, which is verifiable at this address:

Then some other poster stole the idea, created a new thread elsewhere with all the pictures, and demanded Bitcoin as payment. According to some users, the original thread is gone.

UPDATE: Nude Celebrity Photos Being Investigated by FBI and Apple

iCloud May be the Reason for the Nude Photo Leakage

The women were stolen from unwittingly. The pictures are now circulating the Internet and finding their way to numerous Reddit threads.

It’s not clear how the hacker achieved what he or she did. Apparently iCloud is partially to blame and is drawing heat for the alleged leak. But this hasn’t been confirmed.  It’s not yet clear if it is a specific security flaw or abuse of the “lost password” option, where it is possible to act as any user as long as you know their email. Apple has yet to comment on the situation. It’s a good reminder to keep sensitive material secure and off the cloud.

Those involved have reached out through their representatives. Some celebrities deny that the pictures are real. A spokesperson for Ariana Grande claims the photos of Grande are fake, but other spokespeople have indicated that at least some of the photos are authentic.

Representatives expressed concerns about the leaks. “This is a flagrant violation of privacy,” a Jennifer Lawrence spokesperson told HuffPost. “The authorities have been contacted and will prosecute anyone who posts the stolen photos of Jennifer Lawrence.”

Earlier this week a 4chan user claimed to have a bunch of celebrity photos and asked for Bitcoin donations in exchange for their release. The list of already leaked photos is already quite lengthy, but the hacker claims to have scrolls more- a “master list” – and videos. The hacker said he or she will release the rest for more Bitcoin donations. As we cleared up earlier, the pictures were originally free.

It’s another less-than-flattering use of Bitcoin that will attract negative attention. Some may associate the currency Bitcoin with “hack” for all the news that’s developed in that area. Mt. Gox, of course, claimed to be hacked over time and lost a pretty pennyworth of Bitcoin. A CNET database was hacked by a Russian group called W0rm. Hackers successfully rerouted Internet Service Provider traffic to steal bitcoins. And the list goes on.

And now there’s Celebgate. Then of course, Bitcoin is associated with a lot of illicit activity, especially via Silk Road, the drug marketplace that the feds shut down last year (and cropped up again a few months later).

The entire Celebgate story is still developing, as is the story behind Bitcoin’s involvement. 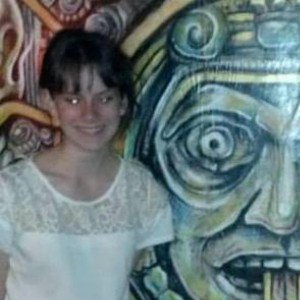 EduCoin: The Digital Currency That Makes Us Smarter