Cardi B and Candace Owens are beefing, and Twitter can’t seem to decide who’s winning. Among the pointed barbs thrown in this war of words, Owens called Cardi B fans illiterate and dumb. But according to at least one scientific study, that might not be true.

But Candace Owens had some choice words for Cardi on the Daily Wire with Ben Shapiro on Sunday: 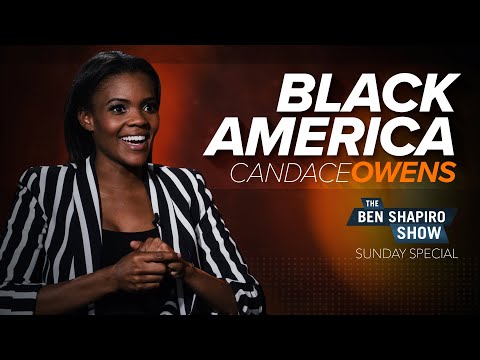 General social survey data from 17,068 women over 27 years ending in 2016 found more educated women are more likely to have what Cardi’s been singing about:

Two related factors—education and intelligence—are highly predictive of having a large number of sex partners… People with post-graduate degrees are much more likely than their less-educated peers to be promiscuous, and this is especially true of women.

So Cardi B fans who are feeling what Cardi’s putting down might be more literate than most. But to be fair to Candace Owens, her suspicion of Joe Biden is understandable. In his disastrous May “Breakfast Club” interview, Biden seemed to take the black vote for granted. Owens is working hard to make sure black Americans know their vote doesn’t belong to any party.

Watch Cardi B discuss police, COVID-19, and the 2020 election with Joe Biden for Elle: 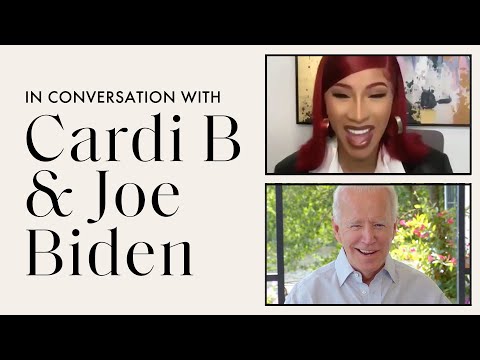 The female rapper fired back at Owens, taunting that Donald Trump is her pimp and slave owner.

Appearing on the Ben Shapiro show Sunday, Owens went on the offensive against Cardi B:

If black Americans are not insulted by the fact that Joe Biden, who has been hiding in his basement for the entire year, made an appearance and came out because he was going to do an interview with Cardi B. Do we have nothing better to offer?

Then she went after Cardi’s fandom:

[Joe Biden], you are pandering. You look at Cardi B’s Instagram, and you see she has millions of followers, and you think, ‘OK, this is an illiterate person, and if I appeal to this illiterate person’… ‘They think she’s cool. She’s hip just by sitting here and taking this interview. Black people will vote for me.’

The “Bodak Yellow” singer who says, “I make bloody moves,” slashed back at Candace Owens with some cutting blows. She scoffed at Owens, who hustled for Trump but got snubbed for an RNC speaking slot:

She also said Candace Owens is getting pimped out by men like Donald Trump:

But here’s a fact check that doesn’t care about Candace Owens’ feelings: Cardi B fans might be more literate than hers.