Suzanne Somers seems like a decent person. She’s helped people tone their thighs for years. She’s fought for equal pay for women. Somers even donates to charities. But her latest’ offer’ is a little too generous. 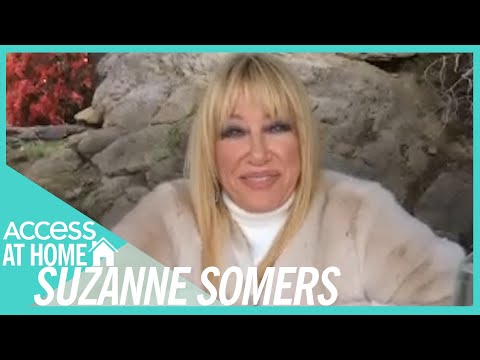 The 73-year-old entrepreneur recently told Access Hollywood that she would like to pose for Playboy on her 75th birthday. The hormone-pedaler has clearly taken the wrong dose. We prefer Suzanne like we prefer our grandmother – fully clothed.

Suzanne Somers Is No Stranger to Nudity

Suzanne Somers is a veteran at revealing her naked body. The former Three’s Company star appeared in Playboy in 1980, at age 34. She did it again in 1984. She even decided to post a topless pic on her Instagram as recently as last year.

In her Access Hollywood interview, she details how she would love to keep it going. He even calls dibs on her photographer:

I would like to have Playboy — I would like Annie Leibovitz to shoot me nude for Playboy for my 75th birthday, OK? That’s now on record.

It’s Too Soon For Sexual Grandmothers

The world is getting more ‘woke’ to body image and sexuality by the second. Plus-size models have gained widespread acceptance. Children are getting more say in their identity. Teenage popstars are even taking their shirts off for–I guess–anti-bullying.

This is all great. We’re broadening our horizons. But the timing must be right. We have to be somewhat ready. If plus-sized models tried flaunting their bodies 30 years ago, the response would’ve been sadly hateful.

It’s 2020, and we’ve come a long way. But most of us are not ready to sexualize grandma.

Sure, maybe some of us are curious about what a naked, elderly body looks like. But maybe expose it in a National Geographic or a scientific magazine. Playboy is about sex.

Is It Really Woke To Reveal a Naked Millionnaire?

If the point of this stunt is to broaden our horizons and show us what it truly looks like to age, then Suzanne Somers is the wrong person for the job. Her net worth is in the $100+ million range. The woman who popularized the Thigh-Master has obsessed over her body for decades and has the money to treat it. Is she the right person to represent what it looks like to be a senior?

And god knows how many airbrush artists will be put to work after the Playboy shoot. Just compare this photo from People with her other topless Instagram photo. She suddenly looks years younger when she’s actually older.

Suzanne Somers and her husband already admitted to exploiting her fans by shilling 500 different products. This stunt would just be another ploy for the ‘brand.’

Suzanne Needs to Lay Off the Hormones

Suzanne Somers has had a career renaissance late in life. She’s become the spokeswoman for a “miracle” hormone replacement therapy. And it seems like she may have replaced a few too many. 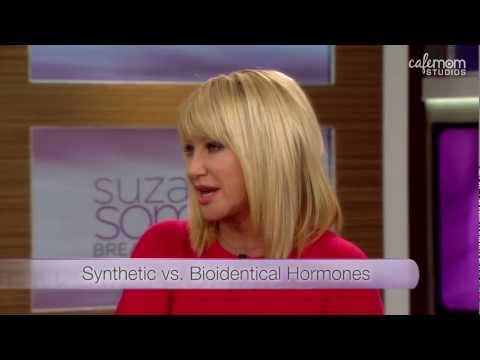 Somers has been under fire for pushing these hormone compounds that haven’t been approved by the FDA. A Harvard professor told the Center For Science in the Public Interest about the risks of these drugs:

They often don’t receive a package insert telling them about the risks of these drugs. And some celebrities tout them, like Suzanne Somers who talks about how great the custom-compounded hormones are.

Women are getting the message that these special custom-compounded formulas won’t increase their risk of breast cancer or blood clots, heart disease, or stroke. But those are unsubstantiated claims.

While I don’t know the full side-effects of hormone overdose, it appears one of them is trying to pose naked at 75-years-old. While someday, naked seniors might be a worthwhile goal, it’s not today. And it’s not with Suzanne Somers.