For all Call of Duty Warzone’s dizzying success, it’s been riddled with mishaps ever since its launch.

When it’s not a hacker playground, it’s plagued by an eternal black screen or any one of a number of infuriating bugs. The latest one gives you the chance to be randomly dumped straight into the Gulag.

Bugs come with the territory, but Warzone is bad even by Red Dead Online standards.

Call of Duty Warzone Is Still a Mess

Honestly, it’s a mess. We’re in the fifth season of Warzone, and it feels like there’s almost no QA testing going on at all.

In a game that makes this sort of money, it really shouldn’t be possible for a player to get screwed over immediately. Let alone the myriad of other bugs, glitches, and cheats that infest Warzone.

Maybe Activision-Blizzard can use some of their massive wealth to fix some of these problems. It’s their responsibility to make sure that the game works, and so far, they’ve been doing a terrible job of it.

Watch: How Many Glitches Are In Warzone? 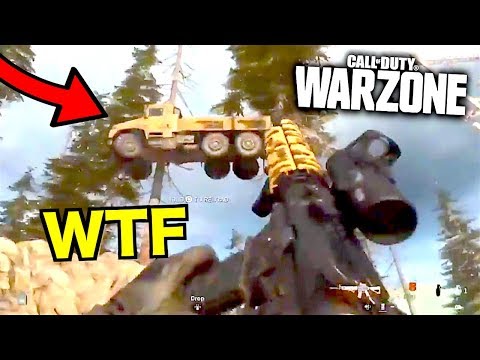 The Worst Part Is That They’ll Keep Making Money Regardless.

No matter what sort of state Warzone ends up in, Activision-Blizzard is going to keep raking in profits. It would take an enormous upheaval for most of the player base to get so fed up that they quit. In the meantime, it’s still going to place in the top 10 on Twitch consistently.

The amount of trouble Warzone puts its players through almost makes you want to do something about it. Not that a petition would be successful. The streaming ecosystem is too healthy, and despite all the glitches, the game is still fun to play.

All we can do at this point is hope that Activision-Blizzard pulls their heads out of their butts and gives the devs the resources they need to get these glitches sorted out. They won’t, but sometimes you just have to dream.