By CCN.com: As first-person shooters continue to dominate player interest with Call of Duty Blackout, Fortnite, H1Z1, and other battle royale titles taking hold in younger players, Battlefield is rotting in a ditch somewhere.

The dev team can save the franchise if they are willing to listen to the community, but their players are frustrated from years of existing in EA’s ‘freemium hell’.

Borders created by console wars no longer matter, in the wake of cross-platform support.

“One man’s freedom fighter is another man’s terrorist.

If we whitewash it, if we backpedal from it, if we show a world where the heroes fight the terrorists and win, you never see the impact on the average person, the collateral damage, or the morally gray situations that soldiers themselves have to face.”

Despite the frequently divisive nature of war, Call of Duty has become a unifying factor for its massive and devoted fan base through high-intensity storytelling and graphic realism.

Fans of the game have been waiting nearly a decade for full cross-platform multiplayer. With This ‘series reboot,’ Infinity Ward has delivered.

Gamers everywhere have lost potential human connections by receiving the answer, “Nah, I play Xbox.” or “Sorry, I’ve just got a PS4.” Due to the overhead costs of consoles, players frequently have to choose between circles of friends—commonly at the risk of alienating social circles and potential social options.

All maps will be given to all players as they release, for free. This has not happened at least since the first Call of Duty 4: Modern Warfare.

Battlefield is a fan favorite for military-style first-person shooter gameplay since it debuted in 2002. The latest installment, Battlefield 5, is expected to lag behind Call of Duty sales—why play the segregated FPS, when you could play with anyone you know on COD?

At E3, DICE announced that Battlefield 5 will be free-to-play once their subscription service launches in July ($5/month). With EA’s track record and present player dissatisfaction, however, it seems likely that the franchise may suffer. Players are currently frustrated by a notable lack of content and substantially slower release rate than older Battlefield games. The graphics are superb, and the audio is spectacular, but the developers have set player expectations, failed to meet them, and is now giving the game away for “free” ($5/month).

DICE removed the season pass from Battlefield to make the game more appealing to new players, but after inciting fans to fury through money-grabbing tactics, Battlefield 5 is the worst selling game in the franchise—only 7.3 million copies were purchased as of February 6, 2019. Battlefield 5 has been plagued by overpromised content which wasn’t delivered, such as the pre-release battle royale mode—Firestorm.

Players are speculating that season pass removal and low sales numbers have led to their disappointments. In Q1 2019, EA DICE was forced to revise their sales numbers. Hedge funds, private investors, and analysts advised shareholders to sell their stakes in the company. In January of 2019, EA stock was valued at 45 percent less than the July 2018 ATH.

DICE is left stranded on a Battlefield of Bad Decisions due to EA’s history of setting the community to an uproar time and again. The game will continue to receive content, but not as quickly as it once did. While Battlefield lay in the dirt, Call of Duty is taking on all comers with the Modern Warfare reboot. 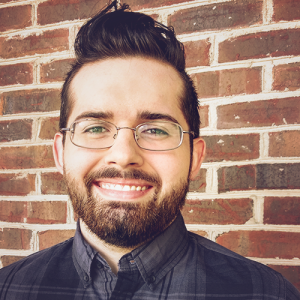 Matthew Proffitt
Matthew is a startup coach, full-time freelance consultant, and fractional executive. He has helped clients raise more than $100 million in the ICO space since 2016. His expertise includes marketing, community building, and executive coaching. He has a passion for knowledge and all things finance. Matthew is currently working toward his Financial Modeling and Valuation Analyst certification. Matthew is a CCN Markets contributor based in Small Town Tennessee, USA You can find Matthew on Twitter or Linkedin. Or email him directly at: mproffittfreelance@gmail.com EA Subscription Adopts Xbox Model. What Does This Mean for Next-Gen?