Bitcoin surges 15 percent in 24 hours as the crypto bulls put the bears back in their place. The sudden rush of blood marks an end to a 3-month period of relative price stability for the OG crypto.

Bitcoin had enjoyed a stable period over the past few months, barely moving outside of a trading range between $3,800 – $4,200. That all changed today as BTC surged to $4,770. At press time, bitcoin is up over 15 percent according to Coinmarketcap.

The magnitude of the upswing is possibly best illustrated by its 3-month chart, which shows a precipitous rise at the end of a long-running period of flat prices.

Having breached its crucial resistance of $4,200, this could mark the beginning of a new bull run and the end of the long-term crypto winter. The surprise price jump has dragged the entire crypto market up, with most top 20 coins also enjoying double-digit gains.

Bull Trap or The Dawn of a Winter Thaw?

Crypto pundits are likely to be cautious, however, of the sudden price hike. The movement does echo yesterday’s stock market rally in the U.S., with the Dow Jones index reaching 26,258 points for the first time since October 2018. A risk-on appetite could be reemerging among investors seeking returns, as the threat of recession suggests downward pressure on interest rates.

The upward swing could be a bull trap, however, as crypto markets have been shown to be prone to both manipulation and volatility. A 15 percent surge casts a shadow over the 1.3 percent gain on the Dow Jones on April Fool’s Day.

Bullish Signs and Developments Could Be Coming Into Play

Jack Dorsey says he spends $10,000 a week on bitcoin, believing bitcoin becoming the money of the internet is inevitable. 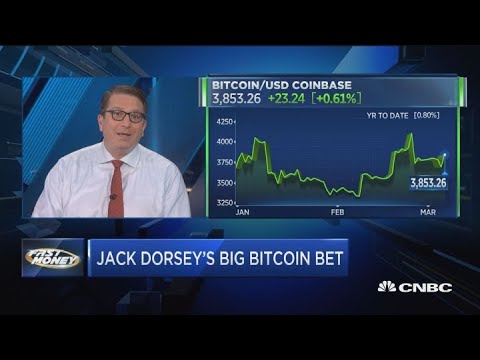 Only last week, analyst Alex Krüger proclaimed the bear market over as of January this year. The influential economist suggested in mid-February that bitcoin could well be ready to bounce off support levels. He said that if the OG crypto were to breach the $4,200 resistance level, there was no telling what might happen.

Once price breaks 4200 it could move FAST. Matter of watching levels, just like 3700 yesterday.

‏Having shrugged off 15 months of headwinds, bitcoin and the entire crypto market could be demonstrating the beginnings of a new bull market. Recent history suggests a more sobering reality–crypto markets are notoriously volatile and the magnitude of today’s movement could well be a product of market manipulation. If that is the case, SEC approval of ETF applications before it and institutional money entering the space may take longer to come to fruition.