Wall Street, which houses the largest financial institutions in the U.S., are collectively declaring the end of the Dow Jones bear market following a call with President Donald Trump last week.

What was about the call with Trump that has Wall Street jubilated?

Amidst a Dow Jones downturn, hedge fund and private equity managers voiced their concerns over the inability of millions of individuals to work, discussing when to reopen the economy.

The official data from the Department of Labor showed that 6.6 million people were laid off in the week ending April 4, a dire piece of data that indicates a slowing economy.

In the past three days, President Trump has emphasized that only he gets the call over when to reopen the economy. On April 14, Trump said that he has the authority to “supersede” governors on the matter.

President Trump’s unwillingness to back down from his power to decide the fate of the U.S. economy is likely what is keeping Wall Street and major financial institutions confident about the medium-term trend of the Dow Jones.

This week, governors of various states suggested the creation of working groups to determine when it would be safe to reopen regional economies. President Trump reportedly reaffirmed that the authority to make that decision remains with the President. 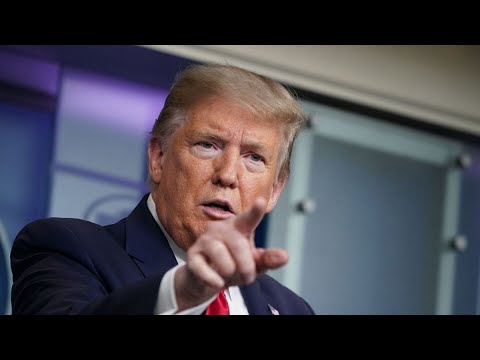 President Trump’s reaffirmation that he will decide whether to reopen the economy or not in the near future is fueling optimism in the Dow Jones, as pre-market data shows a 333-point gain at market open.

Fed and Trump on same beat to rescue Dow Jones

Unlike previous economic downturns as seen in 2019 when the Dow Jones slumped as a result of an extended trade war with China, the Federal Reserve and the White House have both been aggressive in dealing with stimulus and fiscal policy.

Strategists have said the Fed has learned valuable lessons from 2008, and former chair Janet Yellen said that there were “missteps” in preventing a full-blown financial crisis.

While the recent Dow Jones crash is significantly different from the 2008 crisis in that it was not a financial downturn that caused the bear market, the Fed is taking a more aggressive stance to boost the economy in the short-term.

Both President Trump and the Fed are seemingly focused on preventing a stock market meltdown, with the Fed guaranteeing sufficient liquidity.

The Fed’s surprisingly strong approach in tacking the economic consequences of the coronavirus pandemic and President Trump keeping Wall Street giants happy despite rising coronavirus case numbers in the U.S. are keeping the Dow Jones afloat.