2020 is taking no prisoners, and Bryan Singer is learning that first-hand.

The director of movies such as The Usual Suspects, Bohemian Rhapsody, and four different X-Men titles, is getting a new jolt of attention on Twitter for his sexual misconduct allegations.

He’s been accused of pedophilia, rape, and some have even alleged that he runs a sex trafficking ring.

Since Hollywood has done little to speak out against the disgraced director, Twitter users are starting to make noise.

While everyone is speaking out against the police for their questionable hires, maybe we need to focus our attention on Hollywood?

The Bryan Singer Allegations, Spelled Out

In 2003, Singer allegedly raped and sodomized a 17-year-old boy. The victim claimed it happened on Singer’s yacht.

One alleged victim claimed Singer molested him multiple times on the set of Apt Pupil. He was just 13-years-old. 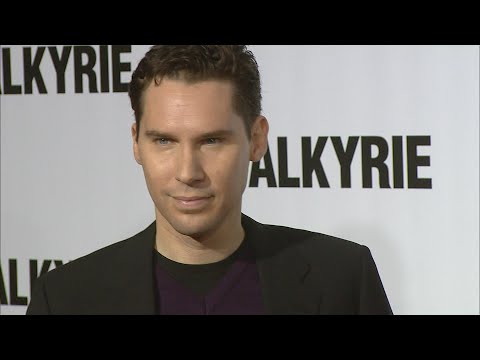 Singer was hit with a series of lawsuits after filming Apt Pupil in 1997. He and his crew allegedly coerced three minors to strip for a shower scene.

Another alleged victim claimed he was drugged and raped by Singer and several of his friends. He claimed these incidents took place when he was 15 to 17 years old.

He later withdrew his claims.

One ‘victim’ claimed that Bryan Singer would lead him on with prospects of landing a role, “but all you’re good for is sex.”

It was a never-ending supply of cute young men.

The list of sexual misconduct allegations against Singer goes on and on.

The director denies all of them. If you don’t believe his ‘victims,’ take a look at the company he’s kept.

Singer Is Not the Only Alleged ‘Predator’ in His Circle

Hollywood is appearing more and more like a cesspool where people like Bryan Singer and his pals like to soak. His long-time friend Gary Goddard was accused of molesting eight former child actors.

His first hit movie, The Usual Suspects, starred Kevin Spacy. More than 30 people have come out with allegations of sexual misconduct against Spacey.

Hollywood, You Are the Problem

Hollywood is nestled in the liberal Mecca that is Los Angeles, and it generally postures as a ‘woke’ demographic. It has made an effort to be more inclusive. But that’s because it’s done such a terrible job in the past.

And let’s not pretend they’re doing an excellent job now. In the middle of the Black Lives Matter movement, former blackface participant, Jimmy Kimmel is still slated to host the 2020 Emmys.

And they’re not much better when it comes to sexual abuse.

Everyone one knew… but no one said a word.  Young boys on his arm, on his set, at dinner with equally vile boy obsessed Hollywood grandees.

Singer would go on to direct two more X-Men films and most of Bohemian Rhapsody. He was fired from the latter film for not showing up to work.

Singer was then hired by Millenium Films in 2018 to direct Red Sonja. Singer has since been replaced, after mounting pressure from the public.

Tyler Grasham was being considered for another talent position after he reported being a “changed man.”

While there should be a pathway for people to redeem themselves and heal, it shouldn’t happen until all the cards have been laid out on the table.

These men have faced a plethora of accusations, and still, Hollywood has tried to ignore it. While the world wants to defund the police, maybe we should defund the people they’re supposed to protect us from.