Meghan Markle recently revealed that while she was pregnant with Archie, she felt “unprotected” by the British royal family she married into.

While many folks have taken her to task for sharing this sentiment— though why they’ve done so remains the question—the British royal family reportedly is “distressed” about this development.

I’m sorry—how is that possible?

As part of her High Court battle against Associated Newspapers Limited (which owns the Daily Mail), Meghan claimed she not only wasn’t allowed to defend herself against claims made in the press but that she also wasn’t adequately protected by “The Firm.”

In legal filings, her lawyers said Meghan had ‘become the subject of a large number of false and damaging articles by the UK tabloid media, specifically by the defendant, which caused tremendous emotional distress and damage to her mental health.’

Naturally, the focus from the media is not on how Markle felt throughout that vulnerable period in her life, but how the British royal family was “distressed” that she felt this way.

They Saw The Same Headlines We Did 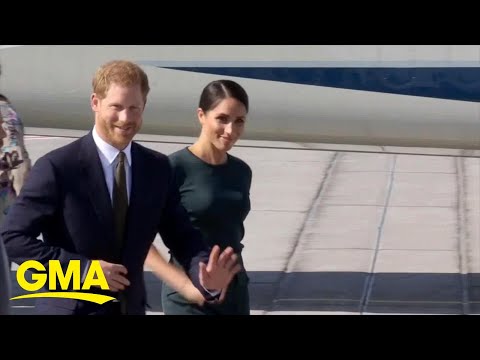 Aside from the fact that Black Britons almost immediately sympathized with Meghan Markle and her plight for what are obvious reasons, it’s clear that the headlines in the Fleet Street press took their toll on the Duchess of Sussex.

When she first started dating Prince Harry, the press began hounding everyone from her family to her ex-boyfriends. When she chose to wear a pair of pants to an event, the sexist comments started. The criticism adopted some form of “Prince Harry is a little boy, and Meghan is a devious vixen taking advantage of him.”

As time went on, and Prince Harry seemed serious about her, things got worse.

It’s also interesting how Prince William and Kate Middleton are cashing in on their name just as much, if not more, than the Duke and Duchess of Sussex —yet one is viewed as “shrewd business” and one is considered to be “money-hungry gold-digging.” I’ll let you guess which is which.

Then there’s my personal favorite: the time Kate Middleton was oohed and ahhed over for ordering Jo Malone candles (retail value: $200 each) for her wedding ceremony. Meanwhile, Meghan Markle was derided for taking a $4 can of Febreze to the musty old Abbey where she got married.

That’s just the shortlist. It also says nothing about speculation that the Duke and Duchess of Cambridge, via proxy, are behind a lot of these “hits.” (They deny the claims, of course.)

One would have to be willfully obtuse not to see how unprotected Meghan Markle was. If the British royal family is that “distressed,” they need to look themselves in the mirror and realize who caused it all.