Although fictionalized, “The Crown” ably draws parallels between Meghan Markle and her mother-in-law, Princess Diana.

“She’s a money-hungry, social-climbing gold-digger who wanted nothing more than to take the British royal family down.”

This phrase, in its various incarnations, has been uttered about Meghan Markle, usually from the pits of the stomachs of the collective British public, and usually filled with more bile than they’ve ever hurled at anyone else.

But, as the hit Netflix show “The Crown” demonstrates, Britain is repeating history — because thirty years before Markle went through it, her mother-in-law Princess Diana went through the same trial by fire.

By now, we’re all aware that Meghan Markle gets venom-filled columns written about her on a daily basis. The way some journalists — and Piers Morgan, who is more Lewis Prothero than Sir David Attenborough, though certainly, he believes otherwise — talk, you would think that Markle was single-handedly responsible for everything from the bombing of Pearl Harbor to the 2008 financial crisis.

And all she did was marry a minor royal. The hate-filled jealousy that gets spewed her way is almost always from women who wish they could shoot their shot with Prince Harry, or men (like Piers Morgan) who got rejected by her.

But, although depicted in a fictionalized format, “The Crown” proves that this criticism of Meghan Markle should sound familiar to anyone with a half-brain in the heads.

Clive Irving, a royal biographer, told The Standard that the British royal family tends to get extremely jealous and vengeful when one of their members — especially one that isn’t born into the family — gets too loved by the public, and works overtime to take them down, as evidenced by their treatment of Princess Diana.

Of all the royals, she [Princess Diana] was by far the shrewdest in understanding that her power to deal with the [rest of] the royals lay in having the media on her side. There was a Diana bias in all the coverage from the beginning. The Crown gets this exactly right, without overdoing it — after all Charles is as complex as any Shakespearean prince.

And if you don’t believe that they’re doing this with Meghan Markle, take a look at the headlines. The video below gives a preview of what’s to come. 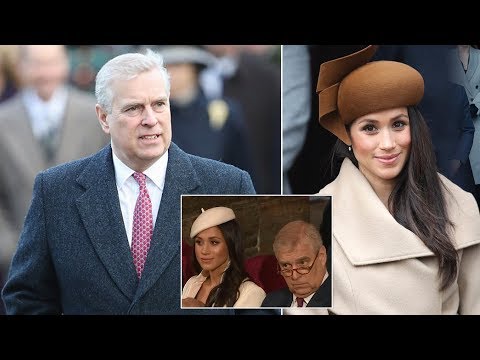 More than one press outlet — including this one — has pointed out that Meghan Markle gets roasted alive in the British press, while Prince Andrew skates on by unscathed (even though he’s allegedly done far worse). The British public, too, has grown tired of spittle-filled hit pieces on the Duchess of Sussex while the nonce known as the Duke of York gets undeserved deference.

But it’s also interesting to note that in the revisionist rewrite of history, Princess Diana is called horrible names that have no basis in reality, while Camilla Parker-Bowles — a life-long adulterer who subsequently married the man she so openly and disgustingly cheated with — gets subsequently lionized in the British press.

Yet, the British public seems to know they’re being had — because they were quick to criticize “The Crown” actress portraying Parker-Bowles because she’s too attractive to play the Duchess of Cornwall.

So, in summary: Prince Harry has watched, first-hand, how the same press that attacks his mother, his wife, and his child stands idly by — and outright lionizes — his accused pedophile uncle, his social-climbing sister-in-law, and his adulterous step-mother.

No wonder Prince Harry and Meghan Markle stepped back from their duties. Who can blame them?

Bernadette Giacomazzo
Bernadette Giacomazzo is an editor, writer, and photographer whose work has appeared in Teen Vogue, People, Us Weekly, The Source, XXL, HipHopDX, The Los Angeles Times, The New York Post, BET.com, and more. She is also the author of The Uprising series and is the CEO of the acclaimed G-Force Marketing & Publicity firm, which has been featured in The Hollywood Reporter and has scored film, television, radio, and print placements for celebrity clientele worldwide. Reach her via email. Visit her LinkedIn profile here.
Subscribe
17 Comments
Most Voted
Newest Oldest
Inline Feedbacks
View all comments
← PreviousPrince Harry Must Redeem Himself if He Still Wants a Royal Future
Next →The Kardashians Reveal Their True Colors – And It’s Time They’re Ignored

The Queen and Margaret Thatcher – Did They Really Get Along?
Aubrey Hansen