By CCN.com: Jeffrey Gundlach, who in addition to being the CEO of DoubleLineCapital is known as the Bond King, is famous for his strong opinions. A vocal critic of politicians on both sides of the aisle, the hedge fund boss aimed at the Democratic candidates for the 2020 election in a blistering attack during the Sohn Investment Conference. He wants to “short them all.”

Three months ago the Fed predicted totally different policy than where they are now. How can they predict 2020 policy with a straight face?

Gundlach is in the Warren Buffett camp when it comes to his view on MMT (Modern Monetary Theory). He has often criticized Donald Trump for accelerating the U.S. accumulation of debt. But his comments about Joe Biden were worse:

“Now, Joe is grabbing the spotlight … but no, Joe, I don’t want your hands on my shoulders.”

Does the Bond King like Elizabeth Warren? Not a tough question. He considers her “the mother-in-law from hell.” Even the more moderate Beto O’Rourke was in his crosshairs, as he dubbed him a “snowflake” in a blatant attack on the Texan’s millennial voter base.

As you can probably tell, Gundlach is not optimistic for the economic or political outcome of the 2020 election should any of these Democrats make it to the White House. He summarised his viewpoint with the cutting:

For anyone rushing out to dump their portfolios because of what anyone at the Sohn Conference says, it’s worth noting that not even these billion-dollar managers get it right every time. Institutional Investor found that last year, several big names, including Gundlach, were flat wrong in their projections:

It’s easy to understand why the “Bond King” is terrified of MMT. The USA’s ability to pay back the debt it owes is what attracts investors to the safe harbor of U.S. bonds. With Trump as the Republican candidate and many left-wing candidates on the Democratic side, there is no fiscal hawk candidate for the 2020 election. Evidently, this is something that bothers the DoubleLine Capital CEO regularly, as he loves to remind people about the ballooning U.S. debt:

Gundlach is well known for predicting that Trump would beat Hilary Clinton in the 2016 election. While he is on record saying it is too early to predict the outcome of 2020, he is clear about what he believes 2020’s central theme will be:

2020 is for the Dems what 2016 was for the Reps. Old Order of tired rhetoric out, New Order of ideas that matter to voters, even if bad, in. 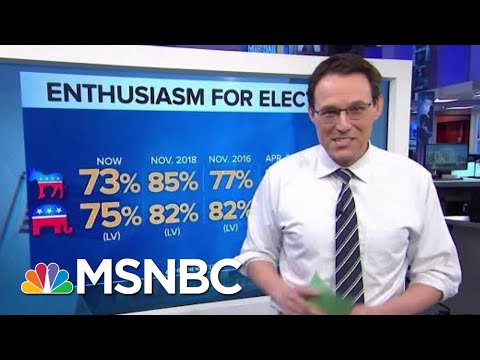 So there you have it. Gundlach hates all the Democrats, even the more moderate Joe Biden. He also detests Trump’s beloved MMT. We can glean from this that the 2020 election looks to have only one definite result. More U.S. national debt.