Boeing Stock: Ignore the Hysteria and Buy the Dip

By CCN.com: Boeing stock dropped 1.29% to $371.77 today, after falling as low as $366 when the Wall Street Journal reported that the company knew of the 737 MAX safety issues a year before reporting them to the FAA.

The decline, which comes on top of previous stumbles, simply gives buyers an opportunity to buy a quality stock at a discount.

The 737 MAX 8 aircraft, enduring scrutiny for its Lion Air crash last October, was delivered in May of 2017.  Engineers knew by August 2017 that there were possible problems with the aircraft, although senior management was apparently not aware of their concerns.

The problem in question is related to the Angle of Attack Disagree Alert, or AOA. The AOA alert is triggered if sensor data that measures the angle at which an aircraft wing cuts through air indicates a danger. The software then forces the plane in a downward direction, which caused the Lion Air crash.

Boeing, however, insists that a thorough review showed the AOA alert was “not critical safety data.” In a statement issued Sunday, the company said:

“Boeing discussed the status of the AOA Disagree alert with the FAA in the wake of the Lion Air accident. At that time, Boeing informed the FAA that Boeing engineers had identified the software issue in 2017 and had determined per Boeing’s standard process that the issue did not adversely impact airplane safety or operation. In December 2018, Boeing convened a Safety Review Board (SRB) to consider again whether the absence of the AOA Disagree alert from certain 737 MAX flight displays presented a safety issue. That SRB confirmed Boeing’s prior conclusion that it did not. Boeing shared this conclusion and the supporting SRB analysis with the FAA.”

The question is whether the software designers are to blame, as the design didn’t meet Boeing’s standard, or the aerospace giant is to blame, for a faulty conclusion regarding the software problem.

Given the controversy, and the subsequent Ethiopian Airlines crash, investors must wonder how badly this may hurt Boeing stock going forward.

Boeing holds a unique position in the stock market. Besides being part of an oligopoly in aerospace and defense, the stock is the only publicly traded domestic airplane manufacturing company in the U.S.

It’s also the most recognized airplane manufacturing company in the world, with the possible exception of Airbus, which trades on foreign exchanges. Consequently, its position in institutional and retail portfolios is a formidable one.

While the 737 MAX issues have caused some disruption in air travel, the fact remains that much of the manufacturer’s fleet remains operational. The 737 MAX is not the only product underlying Boeing stock, nor is the AOA issue one that cannot be fixed. This, too, shall pass as far as BA shares are concerned. 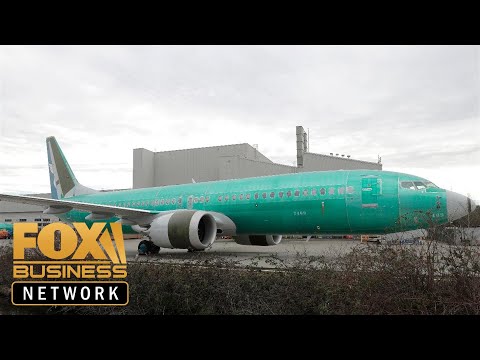 Boeing stock is about 17% off its all-time high of $441, reached earlier this year. Thus, Boeing stock is arguably worth considering as a purchase because of the fall triggered by the 737 MAX issue.

Analysts project blockbuster 5-year annualized earnings growth of 19%. Boeing stock only trades at 23x 2019 expected earnings. The company has $9.7 billion in cash offset by only $10.9 billion in long-term debt, which means that even if the FAA should issue a hefty fine against the company, the stock will still be supported by a quality balance sheet.

Meanwhile, Boeing stock is even more supported by increasing free cash flow. $7 billion in free cash flow in 2015 almost doubled to $13.6 billion at the end of 2018.

The market does not seem terribly concerned about Boeing stock, and investors may want to take a closer look.