By CCN.com: If you thought things couldn’t get any worse for Boeing stock (BA), you were very, very wrong. After weeks of constant scrutiny, the aerospace giant’s 737 MAX aircraft has suffered another brutal setback, and it sent the Dow’s largest component careening toward a five-month low.

The Federal Aviation Administration triggered the latest sell-off when it revealed that more than 300 Boeing 737 planes could have faulty parts installed. The downturn weighed heavy on the embattled Dow Jones Industrial Average.

Boeing was the darling of Wall Street at the start of the year, enjoying record earnings. After a second disastrous crash (allied with numerous safety failings), shares now teeter more than $100 off a peak of $446 in March.

As the subsequent grounding of the 737 Max 8 appears justified, so does the dip in Boeing’s stock price. With so many purchases already priced in, it is inevitable that some airlines begin to cancel orders.

We have already seen the first of these, as Garuda Indonesia canceled its order in March. It is not yet clear whether these fresh revelations will trigger any new cancellations. Investors might err on the side of caution, however, and price some caution into the share price. 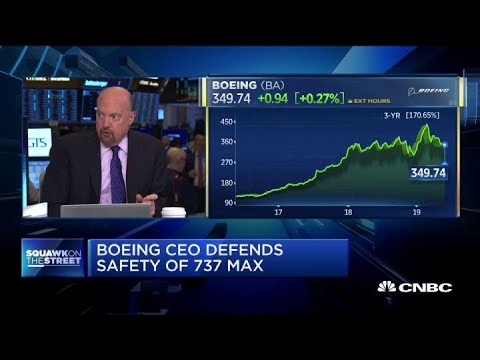 In the context of all of these problems, it is surprising how resilient that BA stock has been. Remarkably, it is still in the green for the year – barely.

There are two reasons for this. The first is how sharply Boeing’s share price climbed in early 2019, and the second is that industry insiders don’t believe airlines will do more than adjust their orders.

While this is the industry’s perspective, what do the consumers think? Well, for Boeing investors it doesn’t look pretty. According to one alarming poll, the majority of airline customers would not fly on a 737 Max 8. This only leaves the option for the US’s biggest aerospace exporter to re-brand the jet. Unfortunately, it appears the modern traveler is too informed to fall for this.

Boeing also faces existential risks associated with Trump’s ruthless trade war strategy. In particular, some analysts fear China will weaponize its sizable 737 orders to pressure the United States. An already beleaguered Dow now must reckon with the fact that one of its most expensive stocks has plenty of downside potential.