Shares of Boeing Co (NYSE:BA) declined sharply on Wednesday, under-performing the Dow by a wide margin amid revelations that U.S. regulators identified serious design flaws in the 737 MAX jet but still permitted it to fly.

Boeing’s volatile stock price was down by as much as 2.7% on Wednesday, where it vastly under-performed the Dow Jones Industrial Average (DJIA). The blue-chip index declined by as much as 0.3% before paring losses later in the session.

Boeing, which is the Dow’s largest component, reached an intraday low of $338.51 in New York trading before recovering north of $344.

At current values, Boeing has a total market capitalization of $194 billion. 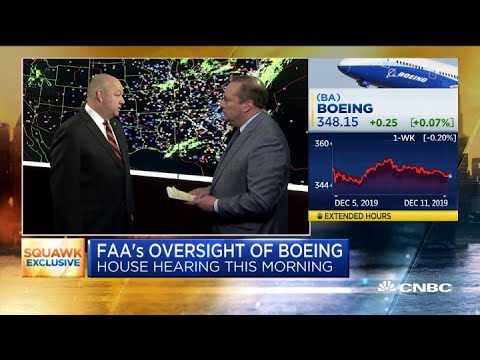 The Federal Aviation Administration (FAA) allowed Boeing’s 737 MAX jet to keep flying after its first fatal crash in October 2018, even after regulators deemed it to be one of the most accident-prone airplanes in decades.

FAA officials completed an internal assessment of the 737 MAX in November of last year, less than a month after a Lion Air flight plunged from the sky off Indonesia, killing all 189 people on board. As The Wall Street Journal reports, regulators said the MAX could average one fatal crash every two to three years. That’s equivalent to 15 fatal crashes over the lifespan of the fleet.

Astonishingly, they did nothing to prevent it from flying.

Four months later, Ethiopian Airlines Flight 302 – another MAX jet – crashed off the coast of Ethiopia. All 157 people on board were killed.

The two fatal crashes resulted in a complete grounding of all MAX 737 jets. A federal probe into FAA’s safety standards ensued. According to the Journal, the number of MAX plans that are either grounded or haven’t been delivered will peak in January at 822.

Revelations about FAA’s failure came to light at a House committee hearing on Wednesday. Representative Peter DeFazio, chairman of the House Transportation Committee, said the findings “uncovered a broken safety culture” within Boeing and the FAA.

FAA chief Steve Dickson insisted that the “system is not broken” and vowed to review the procedures used to certify the jet.