Boeing revenue plunged by an astonishing 18 percent in the wake of the 737 MAX disaster. Will the aerospace giant's woes crash the Dow as well? | Source: Photo by Michael TEWELDE / AFP

The $100 billion company couched its apology in corporate legalese, but Boeing’s admission to at least partial culpability in the two deadly 737 MAX 8 crashes can be summed up in just three words: we f***ed up.

Just hours after a preliminary report on the Ethiopian Airlines jet crash which occurred last month, the chairman and CEO of Boeing, Dennis A. Muilenburg, acknowledged that the erroneous activation of the jet’s anti-stall feature contributed to two plane accidents.

Citing the preliminary report, Muilenburg admitted the anti-stall feature (Maneuvering Characteristics Augmentation System – MCAS) activated upon receiving erroneous information. This led to the loss of control of the aircraft by the flight crew.

“The full details of what happened in the two accidents will be issued by the government authorities in the final reports, but, with the release of the preliminary report of the Ethiopian Airlines Flight 302 accident investigation, it’s apparent that in both flights the Maneuvering Characteristics Augmentation System, known as MCAS, activated in response to erroneous angle of attack information,” he said. 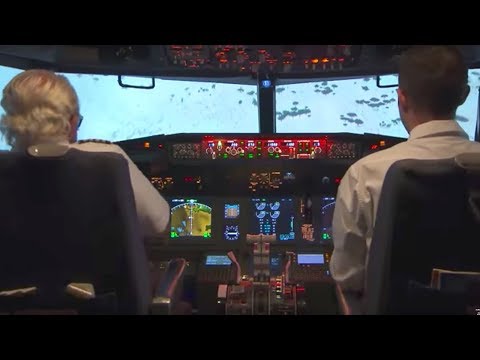 Consequently, Muilenburg regretted the loss of life in two air crashes where the MCAS has been identified as the culprit:

“These tragedies continue to weigh heavily on our hearts and minds, and we extend our sympathies to the loved ones of the passengers and crew on board Lion Air Flight 610 and Ethiopian Airlines Flight 302.”

After the Ethiopian Airlines crash which occurred on March 10, Boeing’s stock fell by nearly 15 percent in the days that ensued from around $420 to a monthly low of $360. The stock has been steadily recovering and is now eyeing the $400 mark.

In the case of the Ethiopian Airlines crash, the preliminary report which was released Thursday indicated that the anti-stall feature had pushed the plane’s nose downwards four times with the pilots forced to pull the nose upwards.

A steep dive as the pilots flew the jet back to the airport shortly after takeoff proved fatal in the end. Per the preliminary report, the plane crashed to the ground while flying at a speed of 575mph leaving a 32 foot deep crater.

Reuters | A preliminary account of the events that led to an airplane hitting the ground at the horrifying speed of 575 mph: How excess speed, hasty commands and flawed software doomed an Ethiopian Airlines 737 Max-8. https://t.co/qS8aBD1tYH

Besides the anti-stall feature Boeing has also identified a second software issue, unrelated to the MCAS, that requires fixing. Without delving into specifics, the aircraft manufacturer has given assurances that the problem is not a major one:

“We are taking steps to thoroughly address this relatively minor issue and already have the solution in work to do that.”

Last week a wrongful death lawsuit was also filed in Illinois against Boeing. This was on behalf of a Rwandese citizen who died in the Ethiopian Airlines crash. The lawsuit accuses the aircraft maker of ‘a defective design.’