Fresh reports have re-ignited rumors that a PC port of Bloodborne is in the works. Alongside, signs add weight to speculation that From Software acclaimed PS4 exclusive could land on PS5 courtesy of game modernizing wizards Bluepoint Games.

A call for solidarity with the BLM movement extraordinarily turned into yet more rumblings of an upcoming PC port of Bloodborne.

Twitch streamer CaseyExplosion published a bogus tweet hinting at a Steam listing for Bloodborne that instead led to BLM resources and charities.

One thing led to another, and before long, the streamer offered to donate $100 to charity for details on the rumored Bloodborne PC port. A trusted source soon complied, delivering confirmation of the rumors.

How I got this confirmed to me; I offered $100 donation to a charity if someone leaked me something juicy about the long-rumored Bloodborne PC port, and someone I trust gave me the details. I ponied up the money right away.

Furthermore, a moderator on the Resetera gaming forums known as Jawmunch revealed they had received confirmation that a port was indeed on the way.

So, about that Bloodborne PC port. You would’ve been hearing about it today anyway, because as far as I understand it, it was due to be announced at the now-delayed PS5 event that was scheduled for today.

Now, I said earlier I’d share more info about it. So, what I can confirm is that it’s not just a PC port of Bloodborne, what was supposed to be revealed today was a Bloodborne Remastered/HD edition that was coming for PS5 and PC. I don’t know of any release date as of yet.

The last detail I’ll share is that FromSoft themselves are not doing the port, but that the company doing the remaster are one that I have a huge amount of faith in judging by other games they’ve ported. I will not share who that company is, but you sincerely won’t be let down.

The last nugget is particularly interesting: From Software isn’t at the helm of the project; instead, development duties fall to a studio with a proven track record of stellar ports.

When we talk about ports and remasters, few names quite have the same reputation as Bluepoint Games. The developer is behind the excellent Shadow of the Colossus remake, for example. 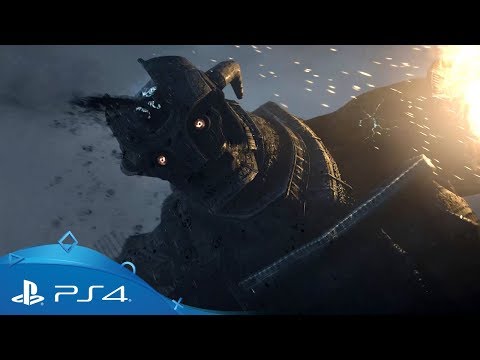 Bluepoint has openly teased that it is working on a remake/remaster for PS5, which president Marco Thrush openly admitted to in Wired’s exclusive ‘A Deeper Look at the PlayStation 5’ article last October.

Subsequent teases in the form of season-appropriate rhymes have fans suspecting a remake of From Software’s cult Demon’s Souls. Fans have also earmarked The Legend of Dragoon and even Metal Gear Solid as potential candidates.

In light of recent news, Bluepoint’s secretive PS5 project may very well be a remaster of Bloodborne for the next-gen console and PC. Or at least, Bloodborne is on the cards alongside Bluepoint’s other project.