Sources close to Bloomberg campaign tell DRUDGE REPORT that candidate is considering Hillary Clinton as running mate, after their polling found the Bloomberg-Clinton combination would be formidable force…

While presidential campaigns have to make these considerations early on, it’s a little early to be talking about who Michael Bloomberg’s running mate might be.

Especially as he trails in the polls.

Michael Bloomberg wasn’t on the leaderboard in New Hampshire’s primary or the Iowa caucus, but the former New York City Mayor says it’s all part of his unconventional campaign plan. -ABC News, Feb 12 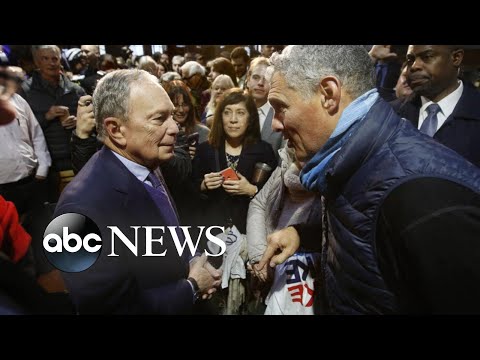 But Michael Bloomberg didn’t even bother vying for Iowa and New Hampshire. And he’s sitting out Nevada and South Carolina too. So he needs to make a big statement in the next round of primaries to stay in the race.

And he is polling to fall far short of what he needs to win.

But there are a couple reasons not to count Michael Bloomberg completely out of the 2020 race. One is his ultra massive personal net worth, which he is willing to throw around to push his name recognition and get out the vote. The billionaire’s presidential campaign has been described as a “waterfall of cash.”

The other is the betting markets currently favor Bloomberg as the second most likely Democratic nominee, with betting odds of 34.6% to Bernie Sanders’ 39%. That’s not people saying who they want to win, but staking money on who they think is most likely to win.

So what would happen if he secures the nomination and picks Hillary Clinton for vice president? It would be the furthest thing possible from a Democratic unity ticket.

Bloomberg-Clinton 2020 would be a “Screw You, Bernie” ticket. If he wins, he needs to toss something out there for the progressives, and Clinton wouldn’t cut the mustard.

If Bloomberg wins the Democratic nomination, he’ll lose the general election if he ignores the lesson of 2016: You do not trust polls that tell you Hillary Clinton would be a formidable force against Donald Trump