Democratic presidential candidates need to court African Americans to win the party’s nomination. A new audio leak of an allegedly-racist speech from 2015 will only make that challenge more difficult for Michael Bloomberg.

No amount of cringe-inducing pandering will be able to undo this mess. Bloomberg is already being compared unfavorably to Donald Trump.

If the Democrats don’t get their act together, they could be handing Trump the 2020 election on a silver platter.

He conveniently “became” a Democrat in 2018 — likely because the party offers him the best shot at the White House.

Some folks will only defend the interests of POCs if doing so advances their political interests.

There's no "context" to rehabilitate Bloomberg's remarks. The clip is completely consistent with his record of policing Black & Brown people.

Stop-and-frisk targeted African-American and Hispanic males and became a lightning rod for racial tensions in the city.

Bloomberg has sought to distance himself from stop-and-frisk through the tried and true tactic of fake pandering.

Here he is speaking at the Christian Cultural Center, a majority-black congregation in Brooklyn. 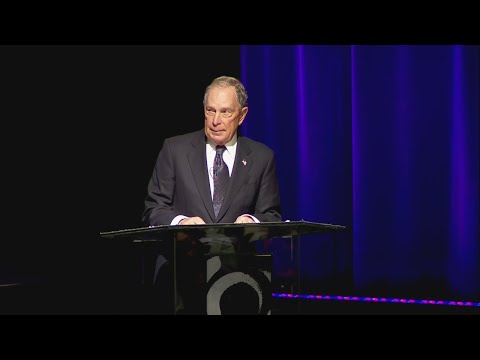 But many African-American leaders aren’t buying Bloomberg’s fake apologies. Here is what Shaun King, a leader of the Black Lives Matter movement, had to say.

Perhaps it should come as no surprise to “re-learn” that Michael Bloomberg actually supports stop-and-frisk.

He backed the program as recently as five years ago – before he decided he wanted to run for president as a Democrat.

This is what he said at an Aspen Institute event in 2015: 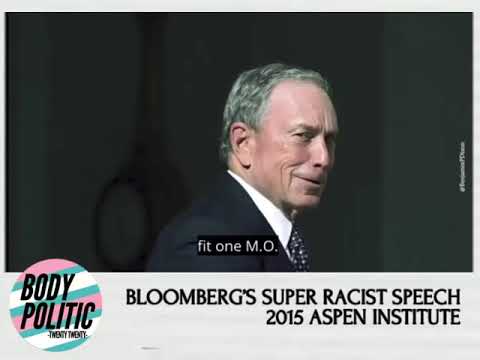 In his speech, Bloomberg expressly promotes racial profiling. Such comments will be a hard sell to Democratic voters, many of whom believe law enforcement unfairly targets the minority population.

Here’s one damning line from his speech:

Ninety-five percent of murders — murderers and murder victims fit one M.O. You can just take a description, Xerox it, and pass it out to all the cops. They are male, minorities, 16-25. That’s true in New York, that’s true in virtually every city. And that’s where the real crime is. You’ve got to get the guns out of the hands of people that are getting killed.

Many voters will perceive these statements to be racist – or at the very least, racially insensitive.

And the fact that Bloomberg said these things as recently as 2015 suggests that he believes them to this day. He just isn’t willing to admit it anymore.

The Democrats Are Losing Black Voters

Given Bloomberg’s track record, it’s hard to believe that the mega-billionaire currently enjoys significant African-American support. Before the leak, he was polling at a close second to Joe Biden among blacks, according to Quinnipiac’s latest data.

Bloomberg attracted 22% of black Democrats in the poll, compared to 27% for Biden. Following this newly surfaced leak, he should expect those figures to erode.

At this rate, it’s hard to see the Democrats beating Trump in 2020, especially when they’re so good at beating themselves.