Tech people keep saying that game streaming is the future. Google says it. Microsoft says it. Nvidia tried to say it – at least until Activision yanked all its games from the GeForce Now service.

There’s been substantial speculation about why Activision suddenly hung Nvidia out to dry. It was only a week after launch, after all.

One plausible rumor is that Activision is scheming to score an exclusivity deal with Google Stadia.

If that is the case, then the gaming publisher might set a precedent that kills game streaming before it even gets off the ground.

Why Would Activision Ditch GeForce Now?

Google Stadia has been an utter failure. Not only does it have a terrible monetization system, it just plain doesn’t work like its developers promised.

GeForce Now managed to out-do it in every respect.

If Activision really is pulling out of GeForce Now to prepare for a Stadia deal, then they’re shooting themselves in the foot. There’s almost no way that any Activision game would convince someone to buy into Stadia.

Especially not with Microsoft’s xCloud also just over the horizon. Another service that so far seems to perform better than Stadia. 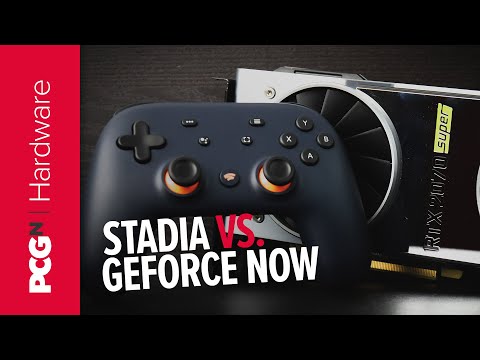 An Activision-Stadia Exclusivity Deal Would Set a Dangerous Precedent

But Activision’s unforced error could have bigger consequences for the gaming industry. It could introduce the same problem that roils video streaming services.

So many different companies are trying to compete in this market that movies and television shows are constantly being catapulted from one service to another. Mainly so that their owners can try to “become the next Netflix.”

If Activision is angling for an exclusivity deal with Stadia, they’re setting a precedent that this is how game streaming will work too.

That would suck. Especially since GeForce Now and xCloud are so gamer-friendly.

If you own a title or subscribe to Game Pass, you can stream the game on their servers. It’s that simple. It’s enraging these services even need Activision’s consent since they’re using the copy of the game that I own myself.

It’s a shame to see greedy companies like Activision ripping off a piece of cloud gaming’s potential before it’s even had a chance to mature.

Update (02/18/2020): Since this article was written, it has been revealed that Activision pulled their games due to a misunderstanding between the two companies relating to their licensing agreement.