By CCN.com: The bitcoin price will crash again soon because the latest rally was merely a dead cat bounce and not because the cryptocurrency’s fundamentals are strengthening. That’s what Motley Fool blogger Kevin Godbold contends.

In his May 26 blog post, Godbold observed that the bitcoin price has soared more than 120% between January’s low of $3,400 to its current value of $8,700. However, Godbold attributes that to a dead cat bounce, so crypto fans shouldn’t get too smug.

As CCN.com reported, a dead cat bounce is a temporary recovery after an extended bear market that’s followed by a prolonged downturn. It comes from the adage that “even a dead cat will bounce if it falls fast enough.” 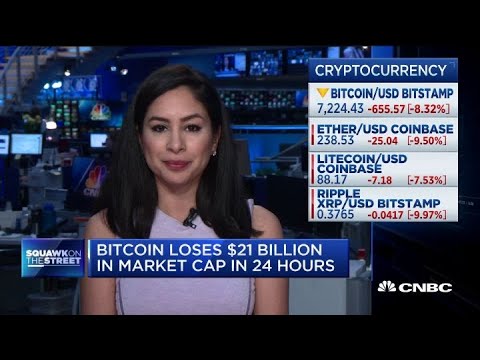 Godbold insists that the recent bitcoin price spike was merely due to speculators who went on a buying spree during its recent crash. However, he says that’ll end soon because speculators will run out of steam.

“The buying probably caused the share price to move up. A little at first, but seeing the movement, others maybe started saying, “bitcoin’s moving” and more buying happened. And because of that, bitcoin went higher. And the higher it went, the more the momentum speculators piled in. And the more they piled in, the higher bitcoin moved.

“I think that description is the essence of what causes a dead-cat bounce. Nothing has changed in the case for or against bitcoin, but speculation happened.

“Sooner or later, the speculators will run out of fire power, and when we reach that point, bitcoin is likely to plunge again. To me, the up-move looks pretty full, so bitcoin looks riskier than ever right now, and I wouldn’t touch it with a bargepole.”

Analyst: Stocks Are Much Better Investment Vehicles Than Crypto

Kevin Godbold admits that he did not foresee the recent rally but says that’s because unlike with stocks, there’s no real data to gauge whether bitcoin is undervalued, overpriced, or just right. Basically, he says BTC price predictions are merely guessing games given the lack of fundamentals behind bitcoin.

That’s also what billionaire Warren Buffett said – that bitcoin is not a real investment and that buying crypto is merely speculative gambling.

As it is, the Motley Fool — a website that provides financial advice for investors — has generally been anti-crypto. And that makes sense because its business model is stock-centric. And Godbold conceded as much.

“But in fairness, I wouldn’t touch bitcoin with a bargepole wherever the price is. Instead, I think a much better opportunity for successful speculation and investment exists in shares and share-backed investments.

“I think the stock market is a far better vehicle for the potential generation of wealth than the world of cryptocurrencies.”

Motley Fool bloggers aren’t the only ones who are bearish about BTC.

Why? Because the self-proclaimed Satoshi Nakamoto claims it has devolved into a tool for criminal activity, notably money-laundering. And he insists that this perverts his original, pure intention for the cryptocurrency when he “invented” it.

“The developers behind BTC are seeking to make the system more friendly to crime,” Wright wrote. “They are actively building changes that will make BTC more anonymous and take it further away from the path of Bitcoin…I designed Bitcoin to be a system that worked within the rules.”

Samantha Chang
Samantha Chang is a New York City-based financial editor who writes about crypto and business at CCN. She is a law school grad and an alum of the University of Pennsylvania. You can reach her on Twitter at Samantha Chang or email her at schang121@juno.com.
Subscribe
0 Comments
Inline Feedbacks
View all comments
← PreviousStock Market Faces Critical Test Amid China Tensions & Data Deluge
Next →Memorial Day Dow Futures Awakens as Trump Teases Breakthrough Japan Trade Deal