Former Israeli Prime Minister Ehud Barak praised blockchain as an important technology but thinks bitcoin is a Ponzi scheme that should be avoided.

Barak — who was prime minister from 1999 to 2001 — made the remarks at the Globes Most Promising Startups event in Tel Aviv, Israel.

Barak recently invested in, and became chairman of, the medical cannabis company InterCure Ltd. He was responding to a question about whether medical marijuana — like bitcoin — is a bubble. He said no.

“Blockchain itself is a mathematical technological concept and an interesting and important methodology,” the tech investor said. “Cryptocurrencies — bitcoin and all the others — that’s a Ponzi scheme.”

Barak said he doesn’t believe that “it’s possible to make a currency in this way in the current generation.” Accordingly, he will not invest in crypto. “I wouldn’t invest in anything that’s related to cryptocurrencies,” he said.

However, like many crypto skeptics, Barak thinks blockchain is a potentially game-changing innovation that could disrupt many different sectors, including business, healthcare, banking, and supply-chain management.

“Whoever has the patience and understands blockchain deeply can find a lot of uses for it, from keeping sensitive medical information through to contracts,” he noted.

And Shilling is putting his money where his mouth is: His eponymous New Jersey investment firm, A. Gary Shilling & Co., is shorting bitcoin.

Shilling said bitcoin is a scam that fails as a currency because it lacks three fundamental requirements of a legitimate currency:

In December 2017, Netanyahu — who has been prime minister since 2009 — said he believes traditional banks will eventually disappear.

“Is the fate of banks that they will eventually disappear? Yes. The answer is Yes,” Netanyahu said in Hebrew. “Does it need to happen tomorrow, and do we need to do it through bitcoin? That’s a question mark.” 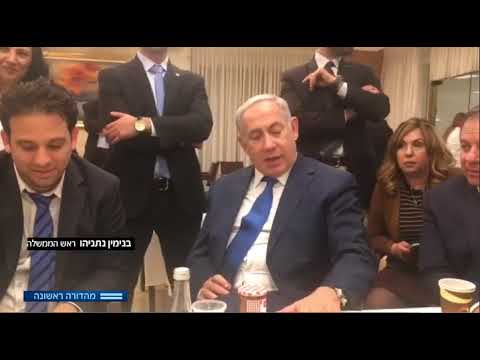 Netanyahu, an MIT graduate who was previously a consultant with the Boston Consulting Group, said blockchain could easily become a decentralized alternative to the current centralized banking system.

“The truth behind what I just said is what’s propelling bitcoin upwards,” Netanyahu said in December 2017, when the bitcoin price approached a record $20,000.

Netanyahu said blockchain can perform all the functions of a bank without the need for an inefficient central institution that charges transaction fees.