By CCN.com: The “crypto” startup Longfin Corp. got spanked by both the SEC and the DOJ for fraud amid a broader regulatory crackdown on bitcoin and the digital currency industry.

Specifically, Longfin’s CEO, Venkata Meenavalli, is accused of inflating the company’s revenue by $66 million in order to fraudulently secure a listing on the Nasdaq in 2017.

While the screaming headlines suggest that the Longfin fraud is tied to crypto, in reality, the company has a tangential relationship to the virtual currency industry. According to the indictment:

“Longfin did not engage in any revenue-producing cryptocurrency transactions, and did not use the ‘blockchain’ to empower any solutions at all.”

“Rather, Longtin reported as revenue millions of dollars of commodities ‘transactions’ which were actually sham, round-trip events between Longtin and Meenavalli-controlled entities using phony bills of lading and other fraudulent documents.”

Longfin was a fintech firm that went public in December 2017.  In 2018, Longfin opportunistically pivoted to the crypto space amid the bitcoin bull market. The transition caused the company’s stock to spike 2,600% amid the bitcoin boom of the time.

In April 2018, a federal judge froze $27 million in assets owned by Longfin amid accusations of insider trading. Seven months later, the company shut down. At the time, the company’s CEO insisted that he had done nothing wrong (video below).

Because bitcoin mania was in full swing at the time, the media hyped Meenavalli’s shady dealings as crypto-centric. In reality, it was merely a run-of-the-mill financial crime (crooked accounting and insider trading). 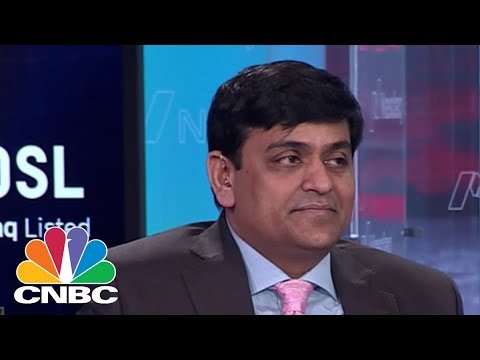 In a June 5 statement, the SEC accused Longfin’s CEO of conducting a fraudulent public offering of stock stemming from misrepresentations about its finances.

“Longfin and Meenavalli engaged in an accounting fraud, recording more than $66 million in sham revenue,” the SEC said.

The agency also accused Meenavalli of lying when he claimed in SEC filings that the company operated principally in the United States when its operations and management were actually offshore.

The individuals named in the SEC lawsuit include:

In the DOJ lawsuit, prosecutors accused Meenavalli and his associates of engaging in a “multi-pronged fraud” involving fake revenue, misrepresentations to the SEC, and false statements to Nasdaq.

Faced with this barrage of lawsuits, three Longfin executives agreed to settle with the SEC by returning their allegedly ill-gotten gains and by paying penalties. However, the CEO is still being prosecuted, presumably because he was the mastermind behind this fraud conspiracy.

SEC Cracks Down on Crypto Industry

All this is happening against the backdrop of a sweeping SEC crackdown on the cryptocurrency industry.

As CCN.com reported, Kik reacted by launching a legal-defense fund called Defend Crypto. Kik’s affiliated foundation, Kin, seeded the fund with $5 million and is soliciting donations. The crypto industry has since contributed about $4.3 million.

Many companies settle to avoid a protracted and expensive legal war. However, Kik is digging in its heels, saying it wants to fight the SEC in court so the agency would finally issue some regulatory clarity. In court, Kik will argue that its Kin token is not a security and therefore should not be regulated by the SEC.